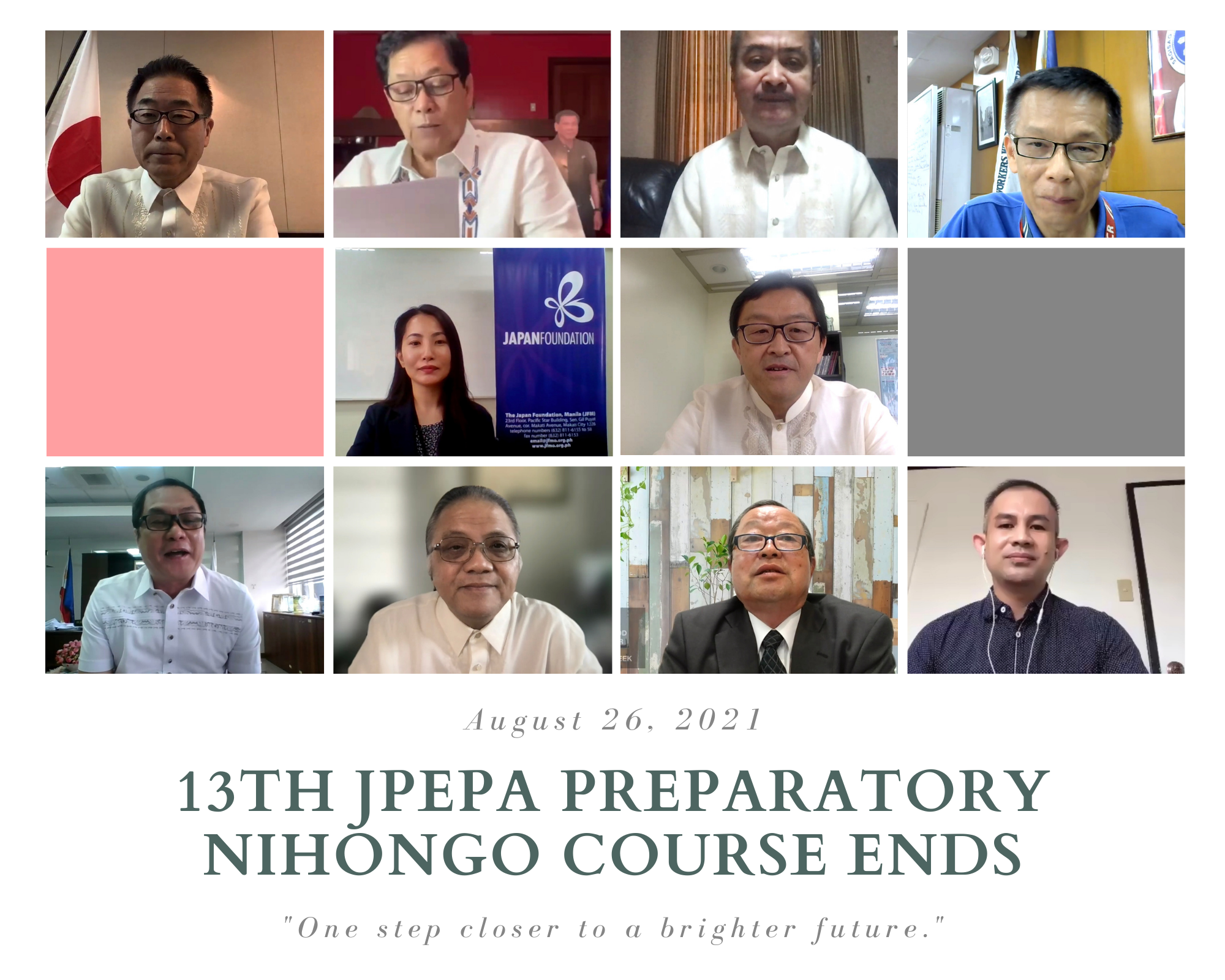 Mr. Tsutomu “Ben” Suzuki, Director of The Japan Foundation Manila, gave his opening remarks,  commending them for their hard work in beginning to learn Nihongo, which was held online for the very first time. Director Suzuki observed that while the onset of the COVID-19 pandemic may have been difficult, their virtual preparation has turned out to be successful.

Mr. Philip B. Sanvictores, President of Nihongo Center Foundation, Inc. shared his thoughts with the graduates, citing the importance of being an eager learner not only of Nihongo but also of Japanese culture.

Thereafter, Dir. Suzuki oversaw the awarding of certificates to the students belonging to the 14 classes of the 13th batch. Mr. Merino Jayson Faina, the batch representative delivered a message recalling the Japanese language training journey of his fellow-candidates. The Japanese and Filipino lecturers also greeted their graduating students in a pre-recorded video.

The candidates of the 13th JPEPA Nihongo Training are scheduled to be deployed to Japan in the next few months.  Upon arrival, they will continue their Japanese language training for another half year before being assigned to hospitals and caregiving facilities arranged by the governments of Japan and the Philippines.

Speech of Mr. Philip B. Sanvictores