On June 7, 2022, a Closing Ceremony was held online for the 14th Preparatory Japanese-Language Training for Filipino Nurse and Care Worker Candidates under the Japan-Philippines Economic Partnership Agreement. Having started in November 2021, two hundred and thirty-two candidates have successfully completed the 6-month training in the Philippines.

The opening remarks were delivered by Mr. Suzuki Ben, Director of The Japan Foundation, Manila, who deeply appreciated the unceasing efforts and teamwork of the lecturers and staff members and also emphasized his appreciation for the great efforts and contributions of everyone in overcoming the many difficulties posed by COVID19 and having to shift to the online set-up.

Mr. Philip B. Sanvictores, President of the Nihongo Center Foundation (NCF) shared his message highlighting that real learning happens outside of the classroom and that learning is a continuous process and it does not stop inside the classroom, whether in person or virtual. Autonomous learning was also stressed by Mr. Sanvictores.

Following the messages of the distinguished guests, Director Suzuki oversaw the awarding of certificates for the candidates of the 14th batch. Mr. German Zapeda Arcilla delivered his message as the representative of the candidates, sharing his experience and recalling his journey as a candidate for this program and how they all pulled through together despite the difficulties they faced such as the slow internet connection and natural calamities. Hereafter, a video presentation containing messages from the lecturers was shown to the candidates.

With the end of the 6-month journey of the candidates, they will be deployed to Japan in the coming months. After their arrival, they will be having another six-month Japanese language training where they will be able to brush their Japanese skills. Soon after, they will then be assigned to hospitals and caregiving facilities in Japan. 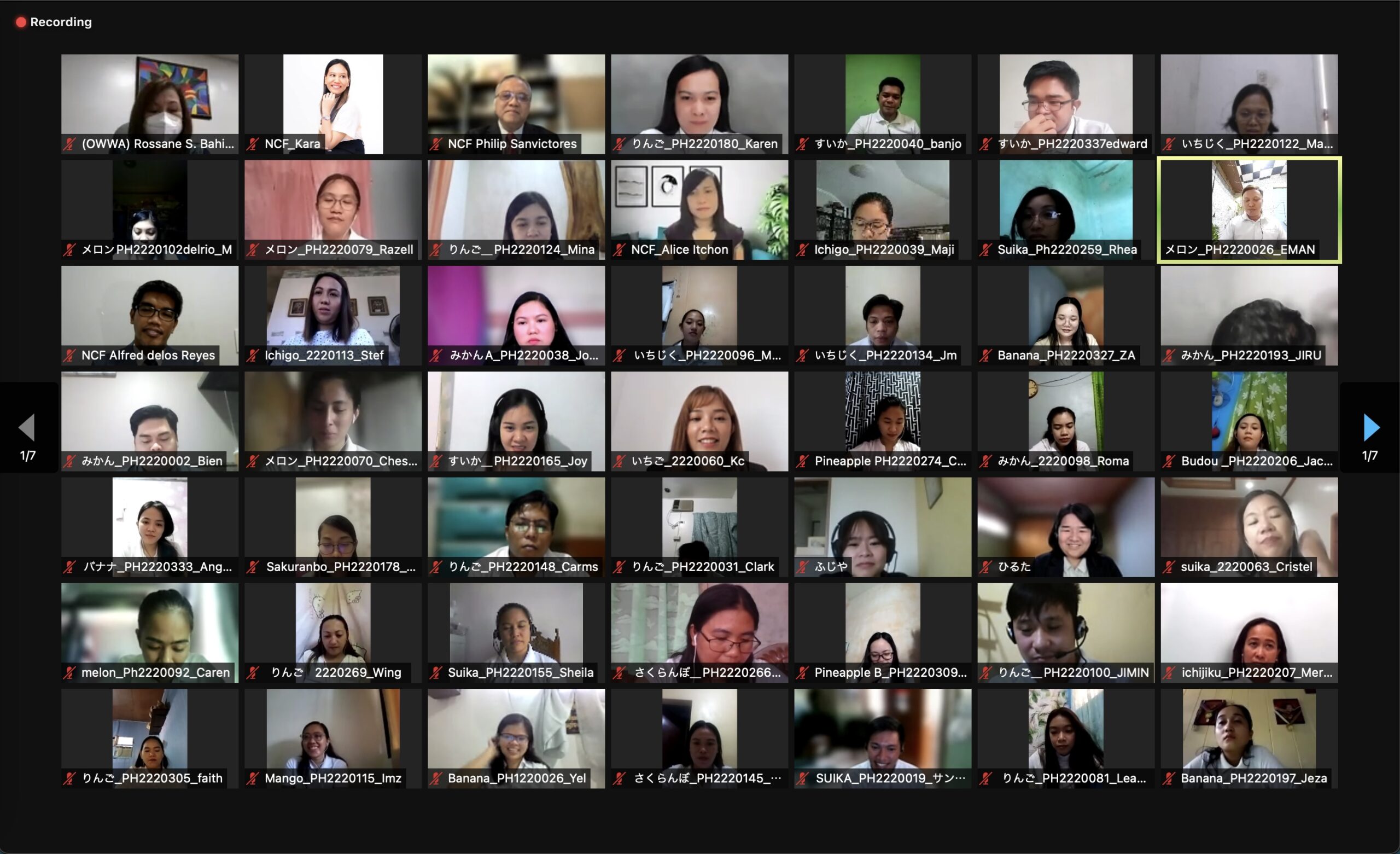 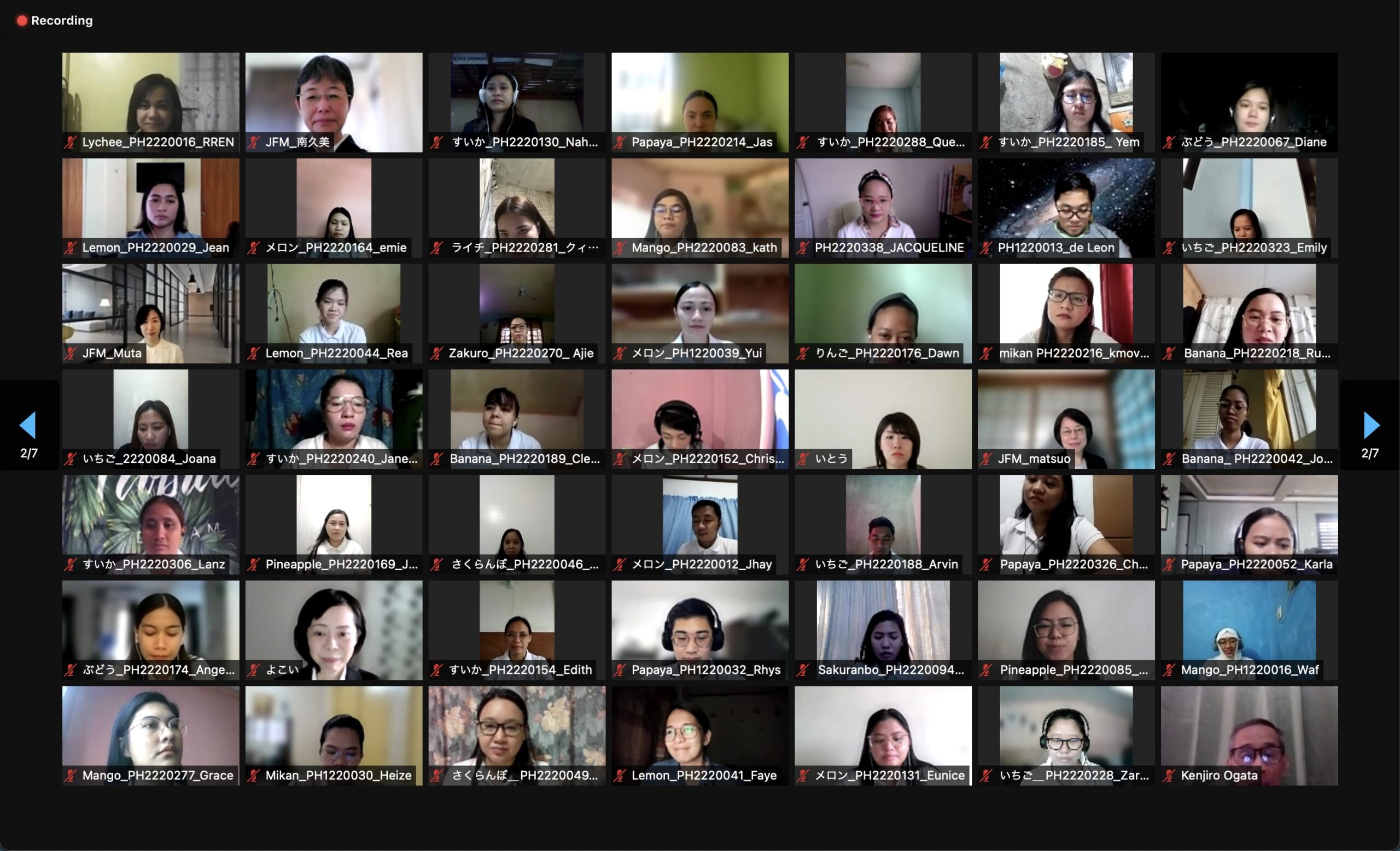 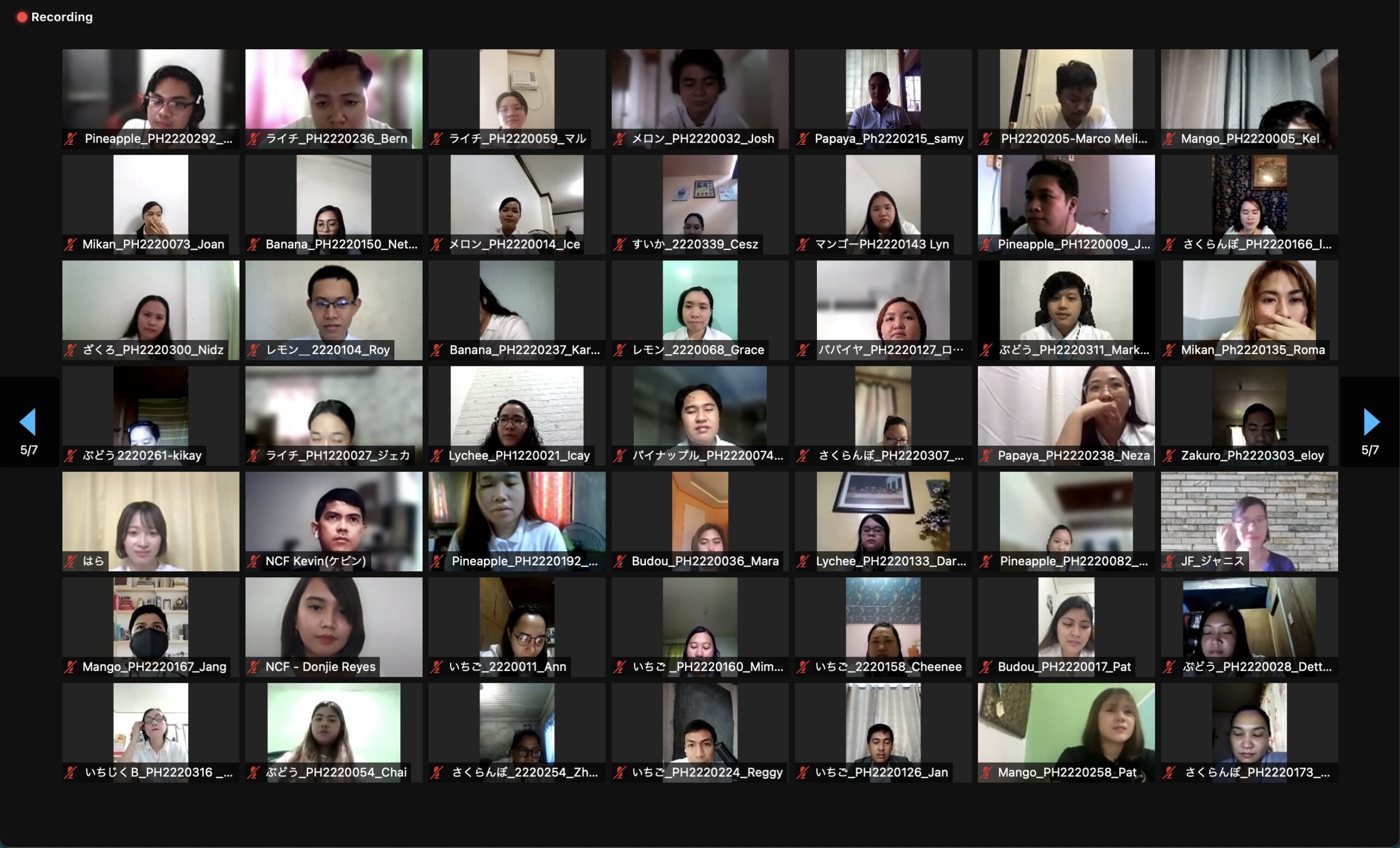 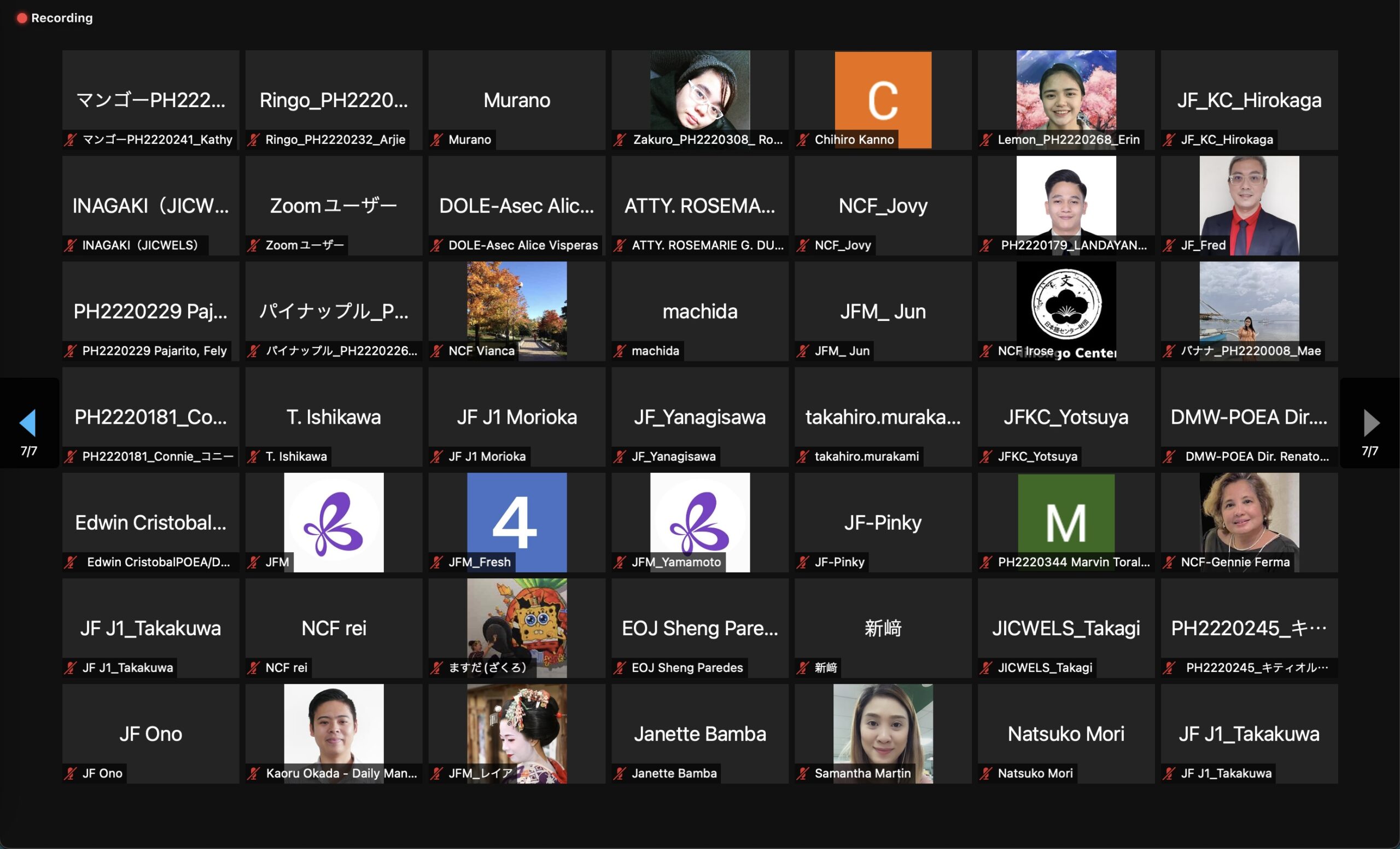 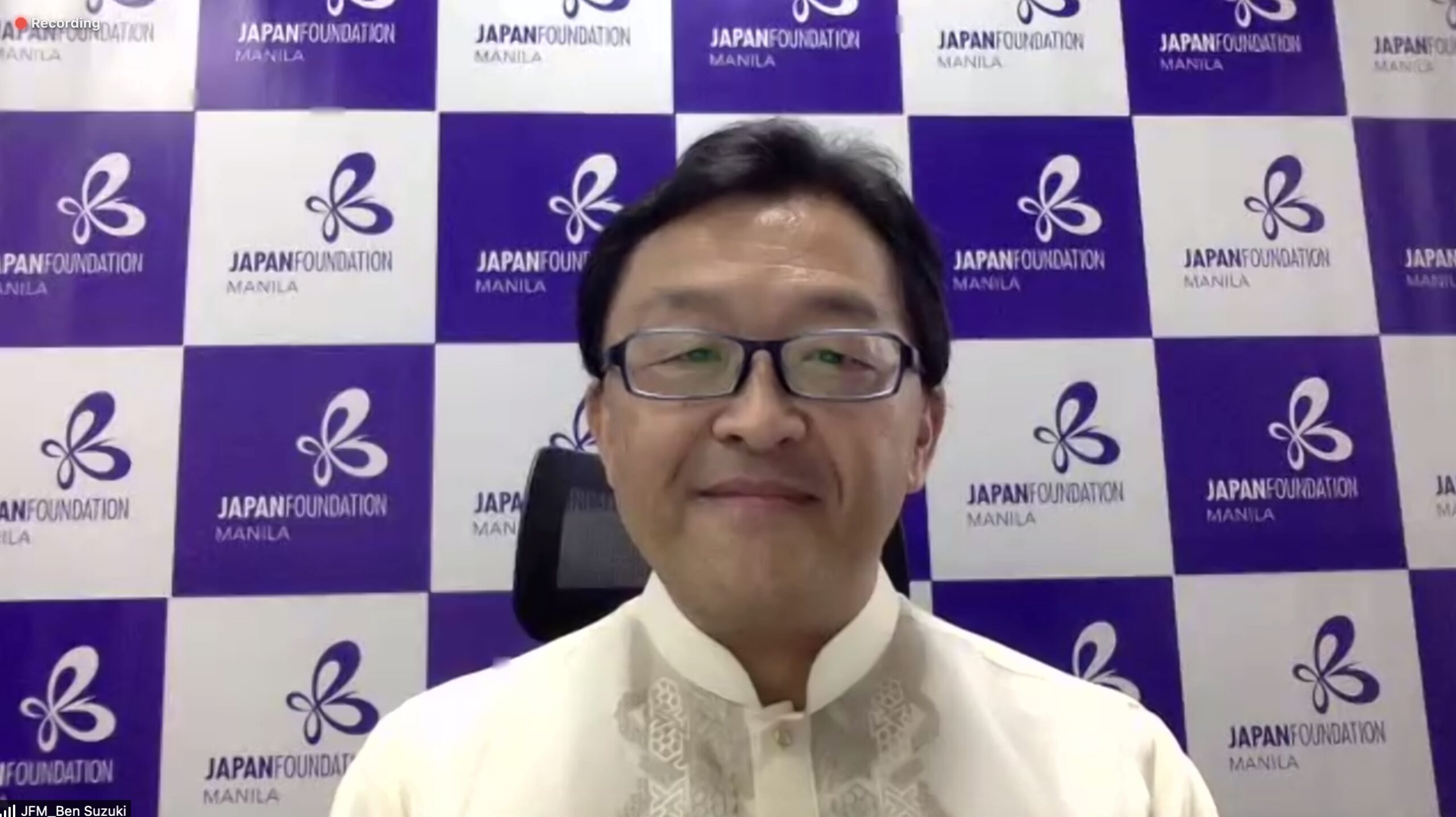 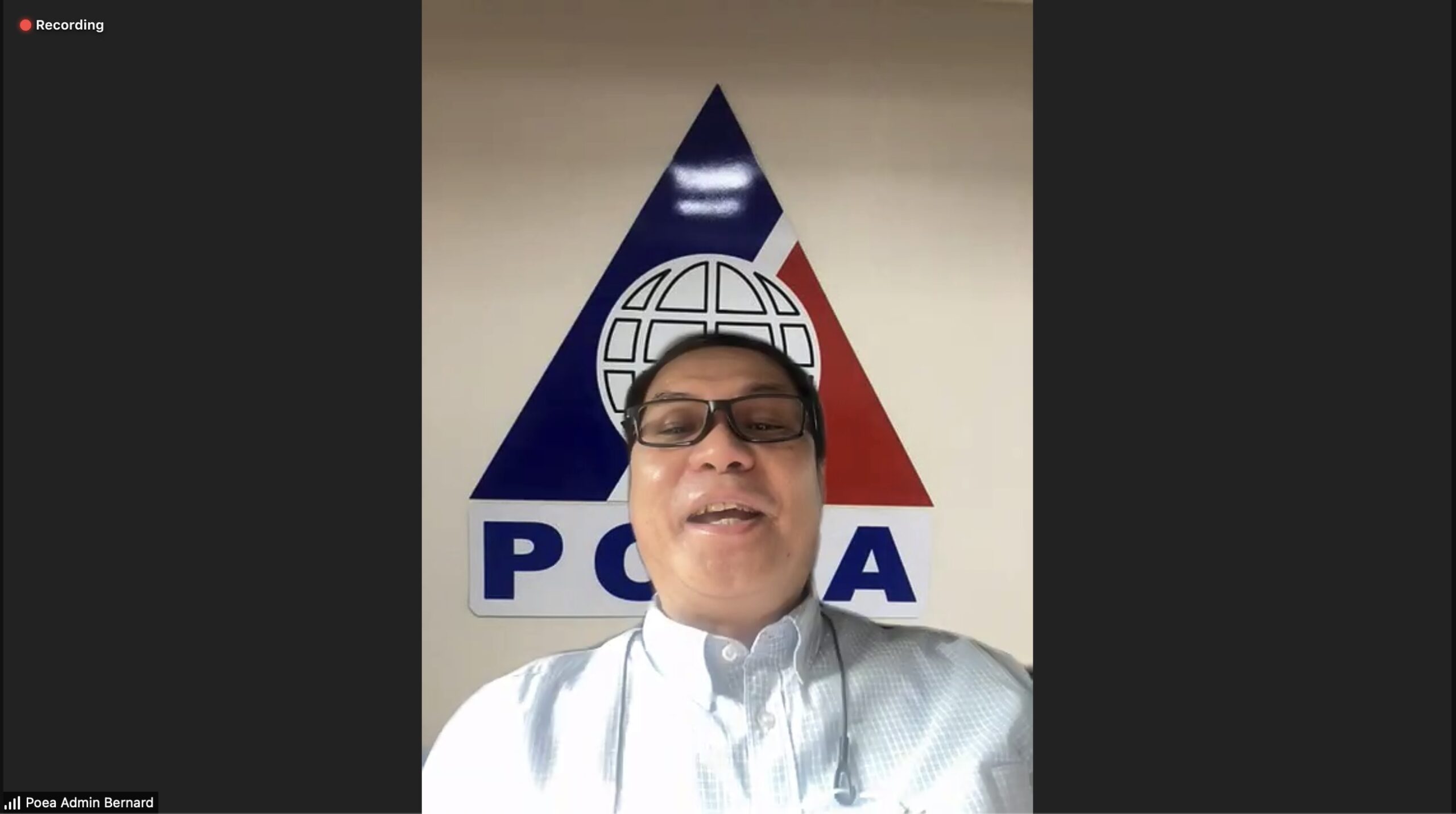 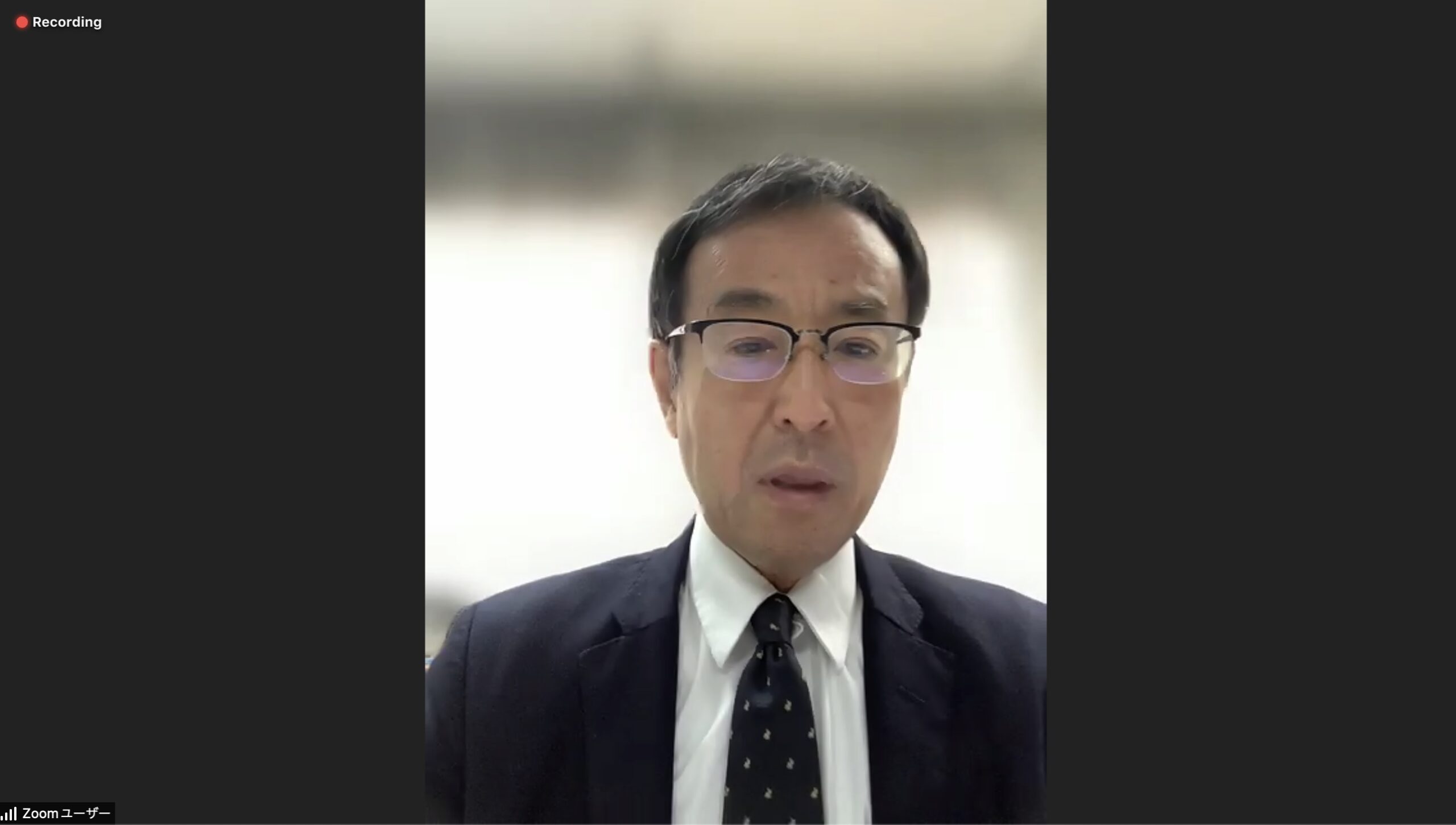 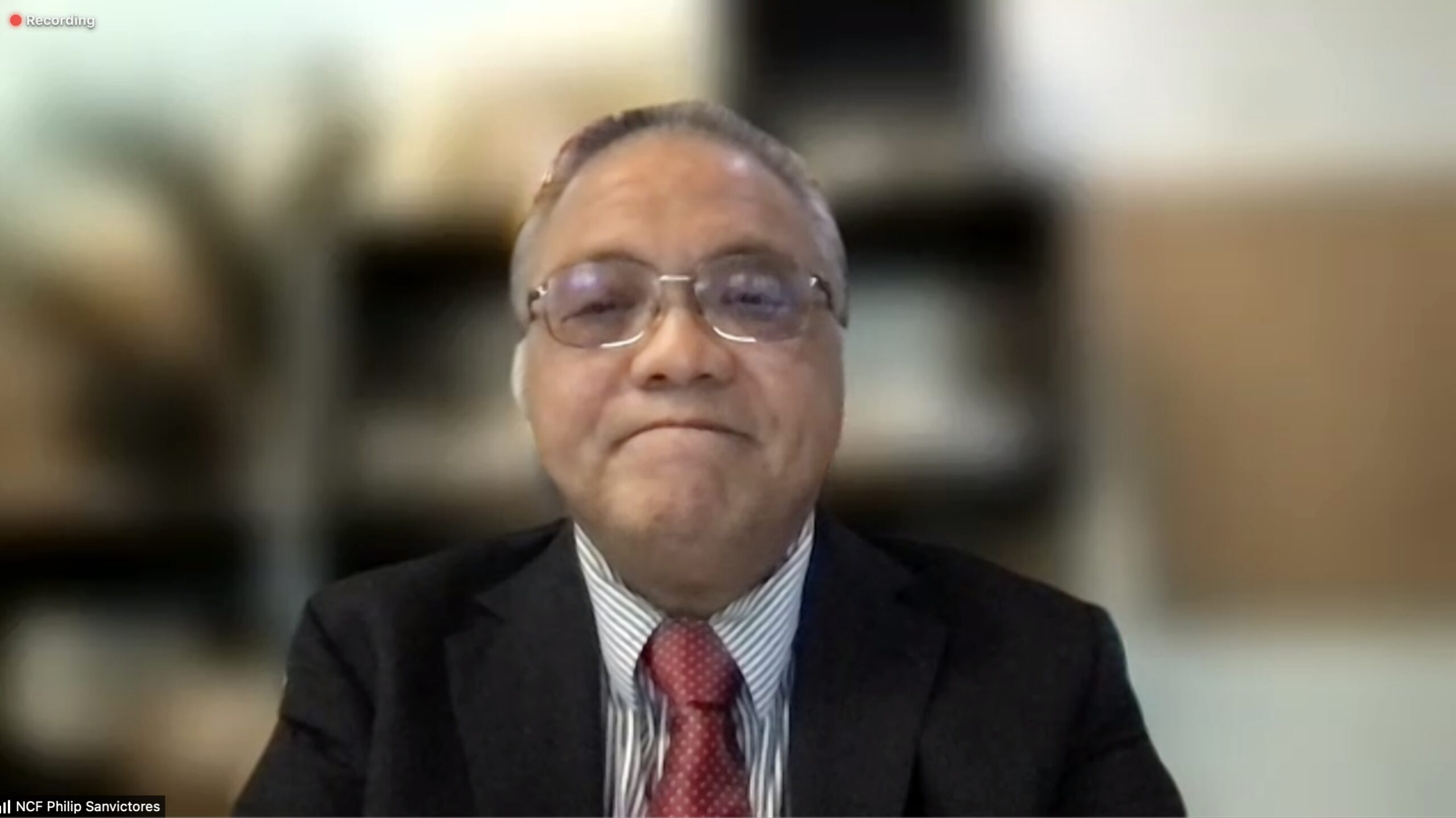 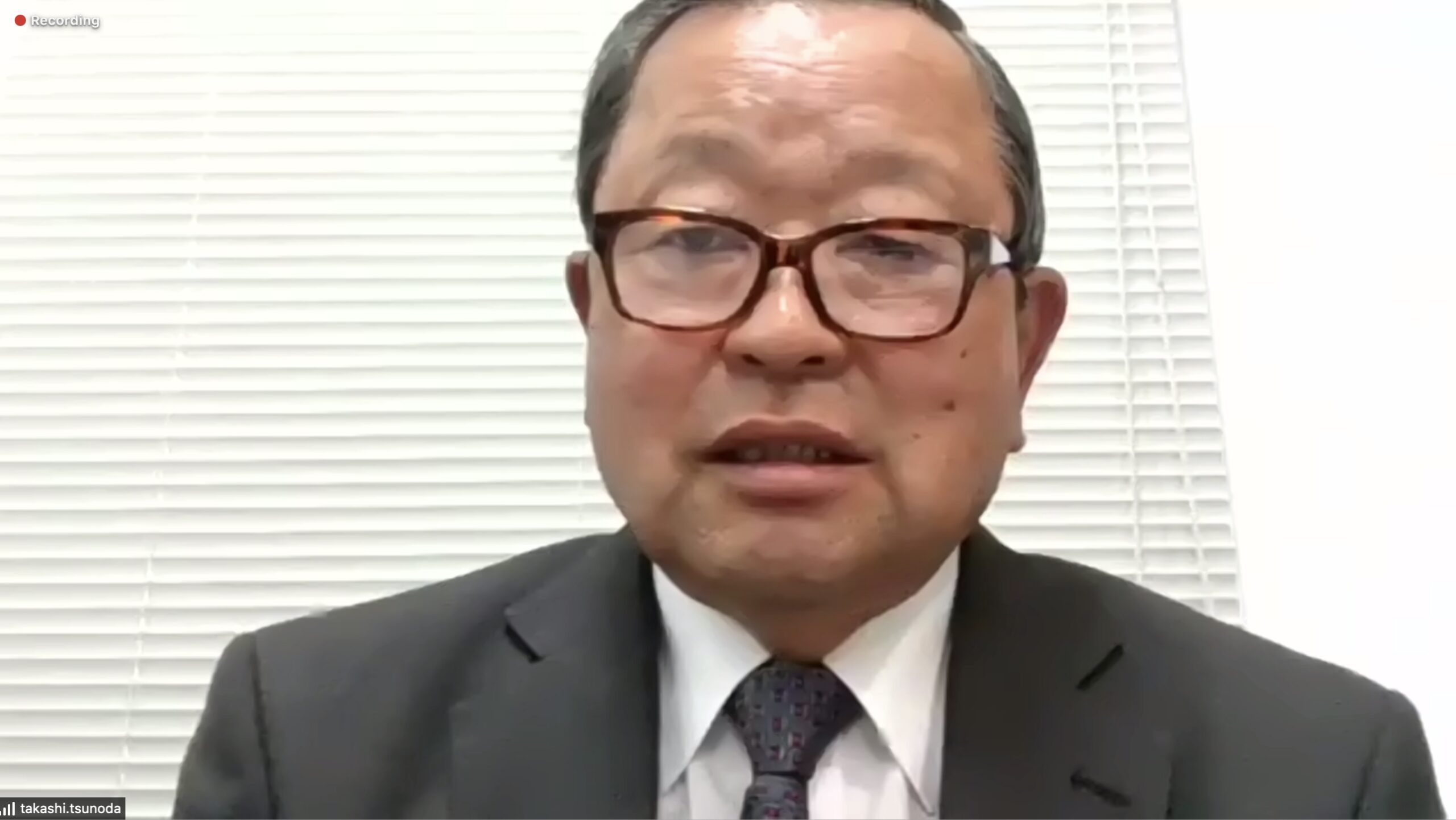 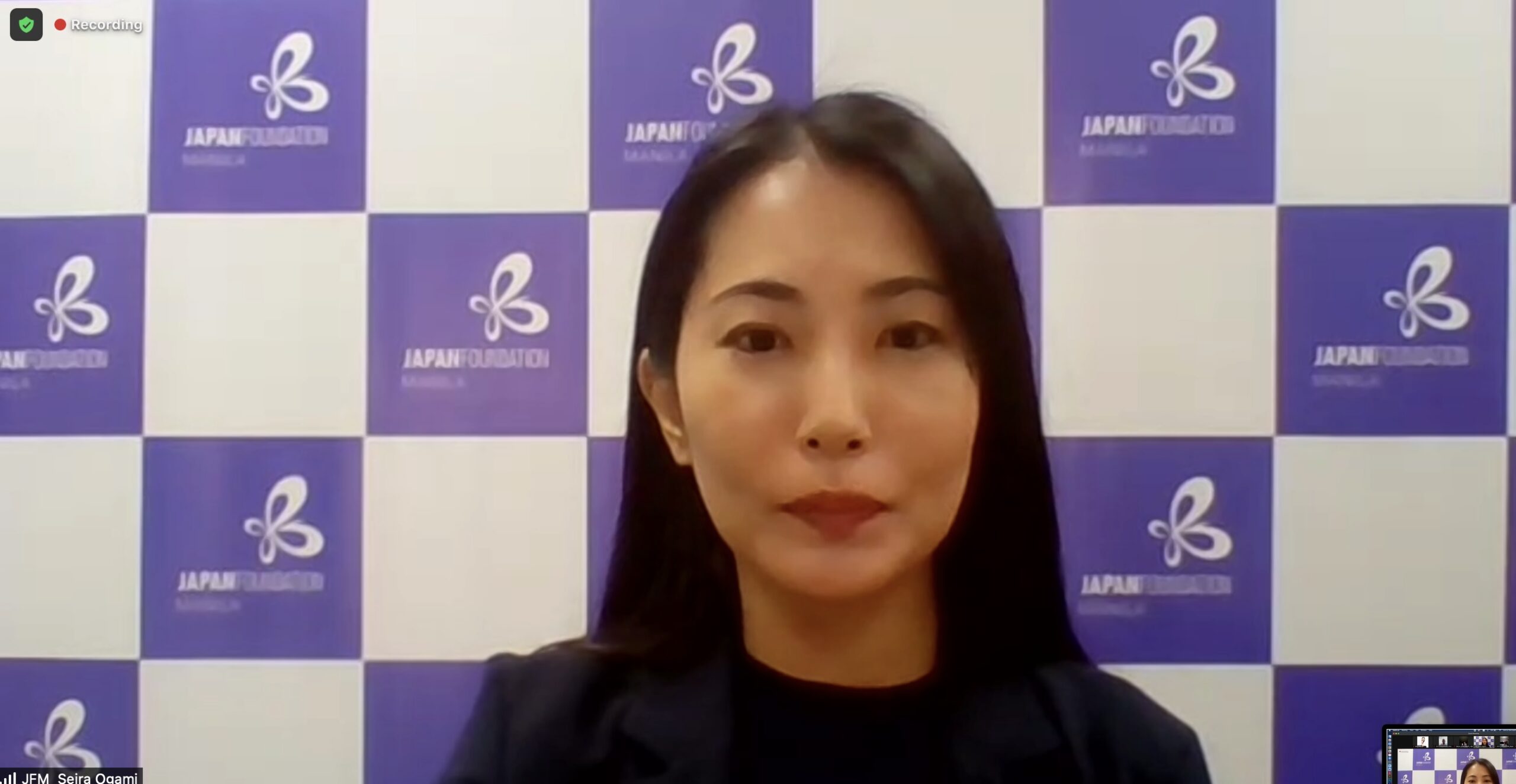 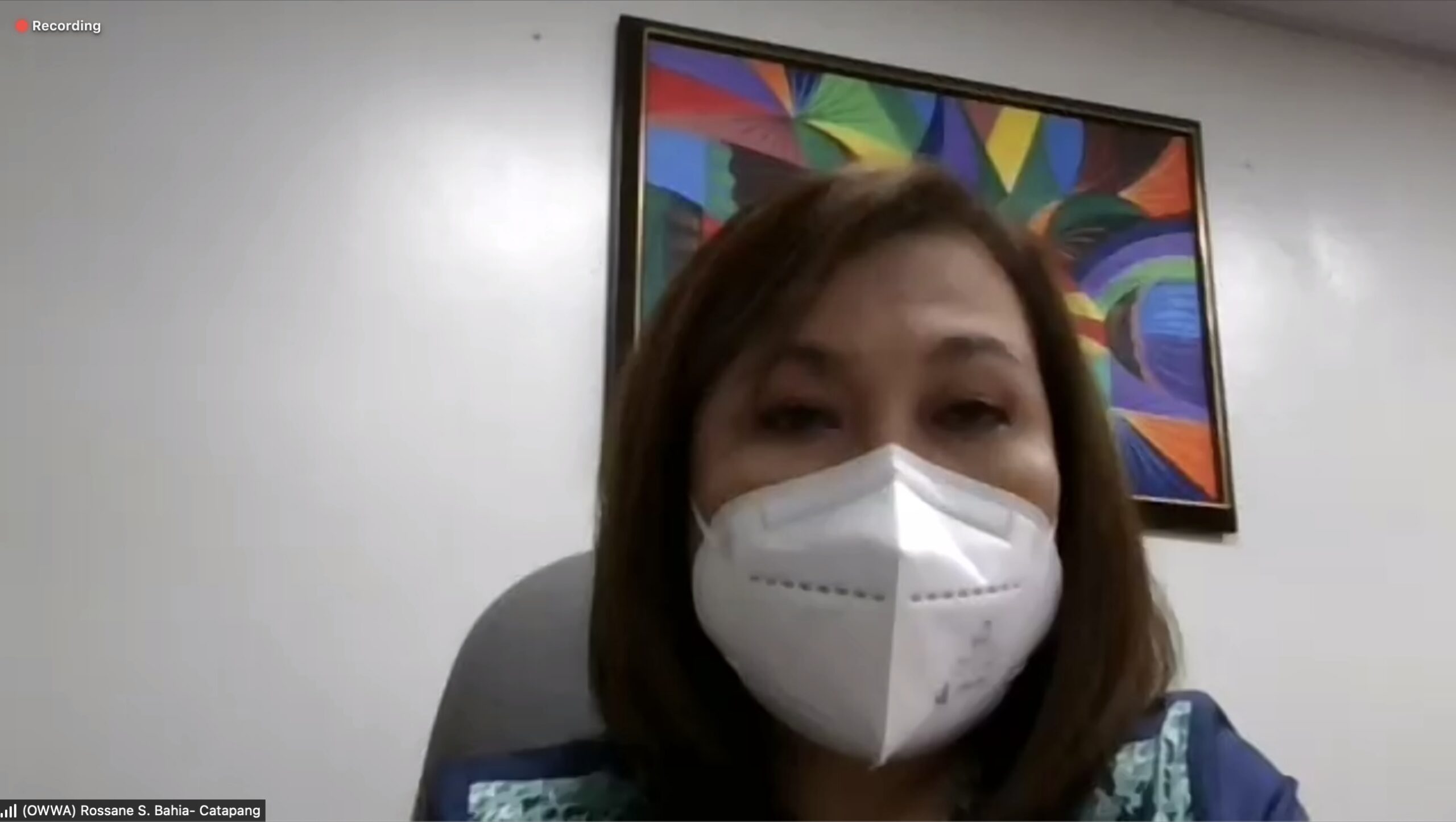 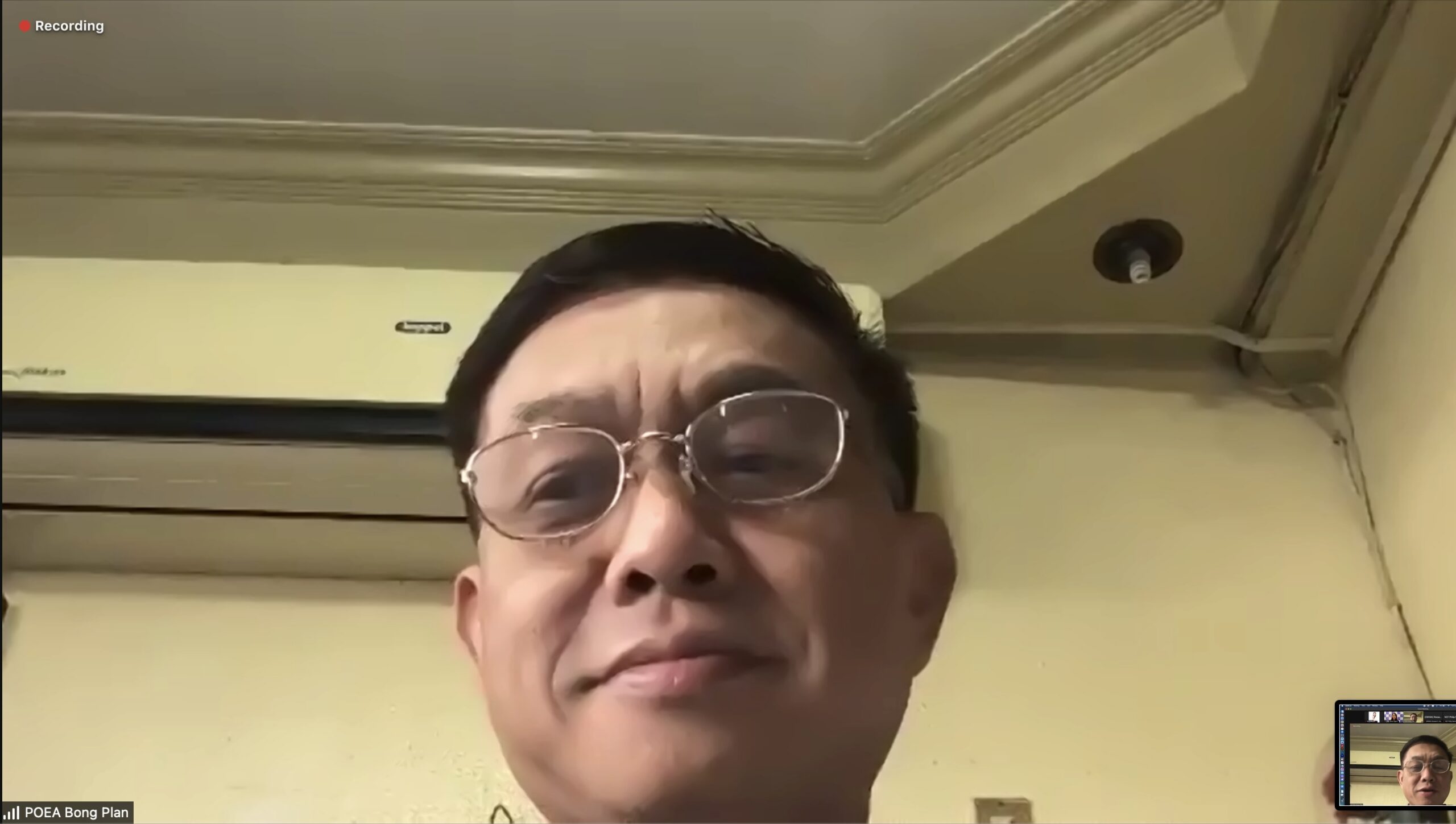 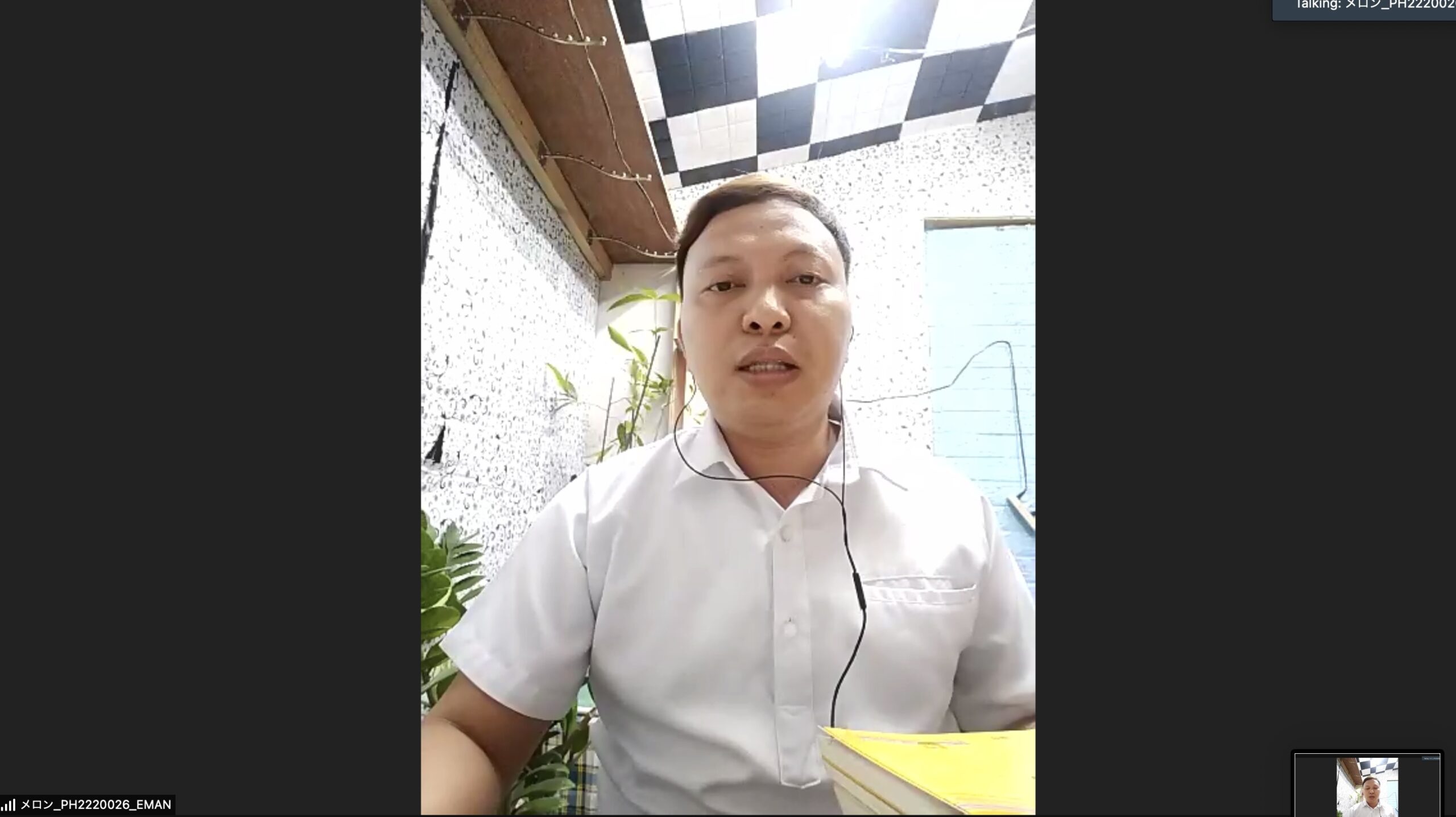 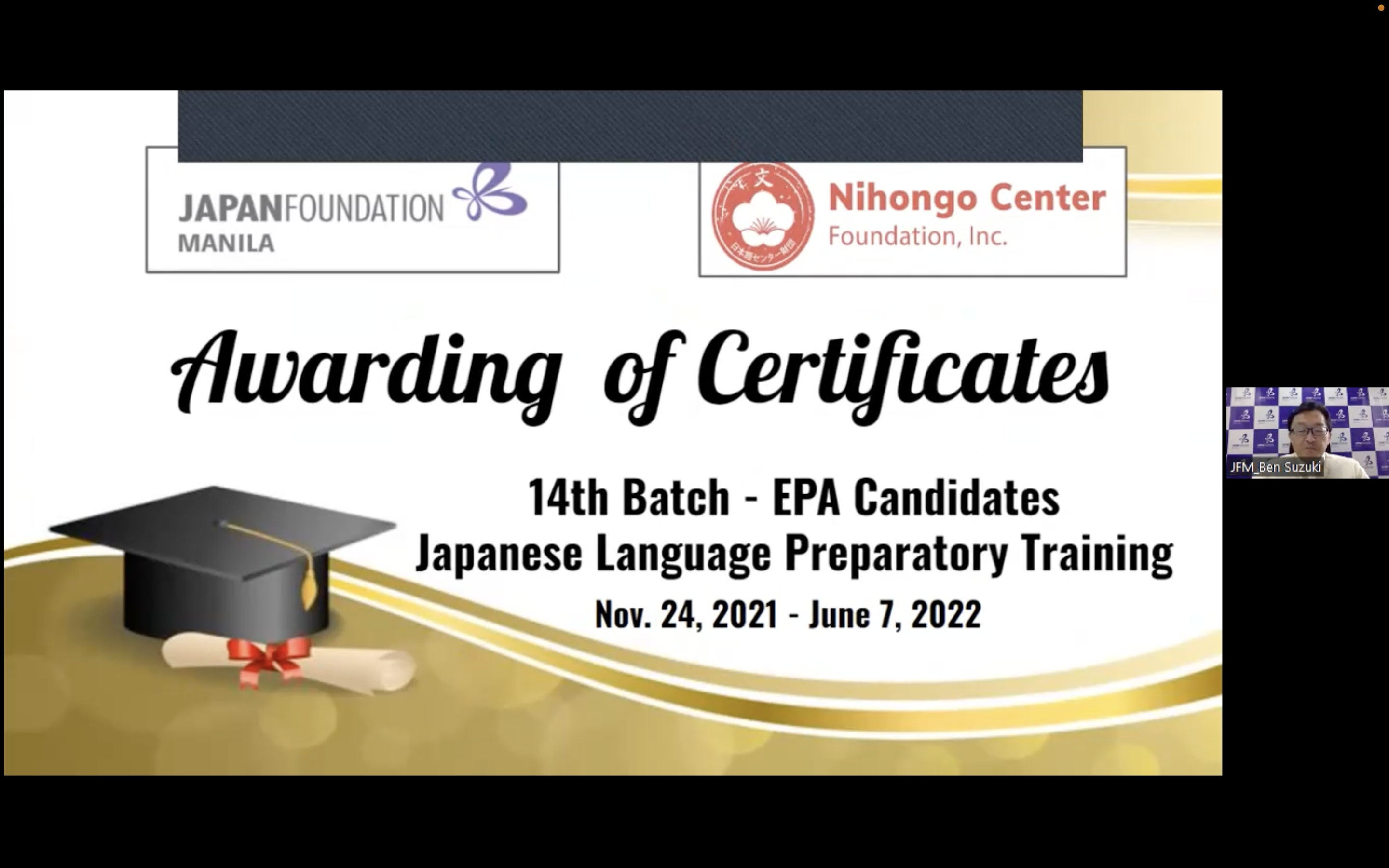 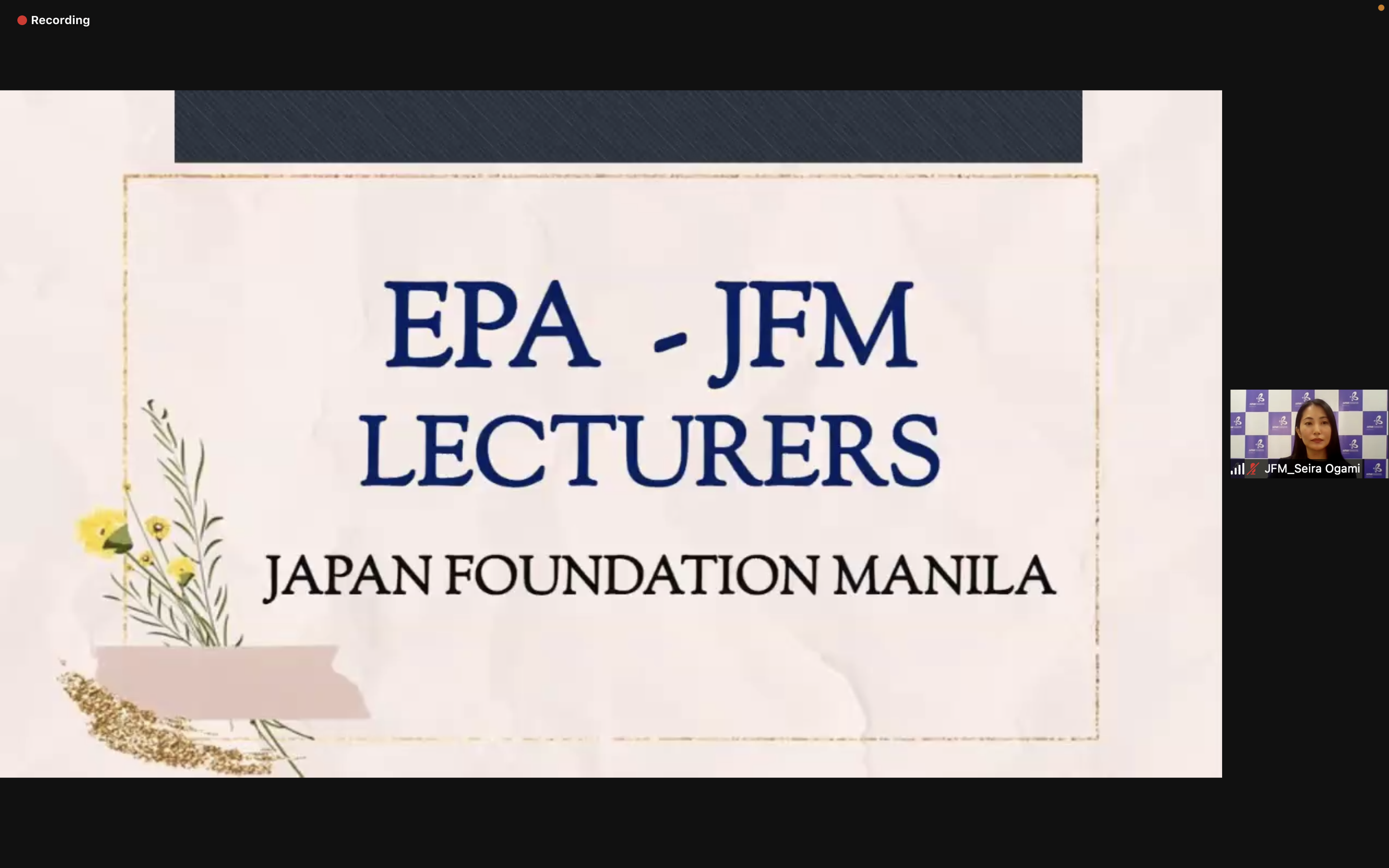 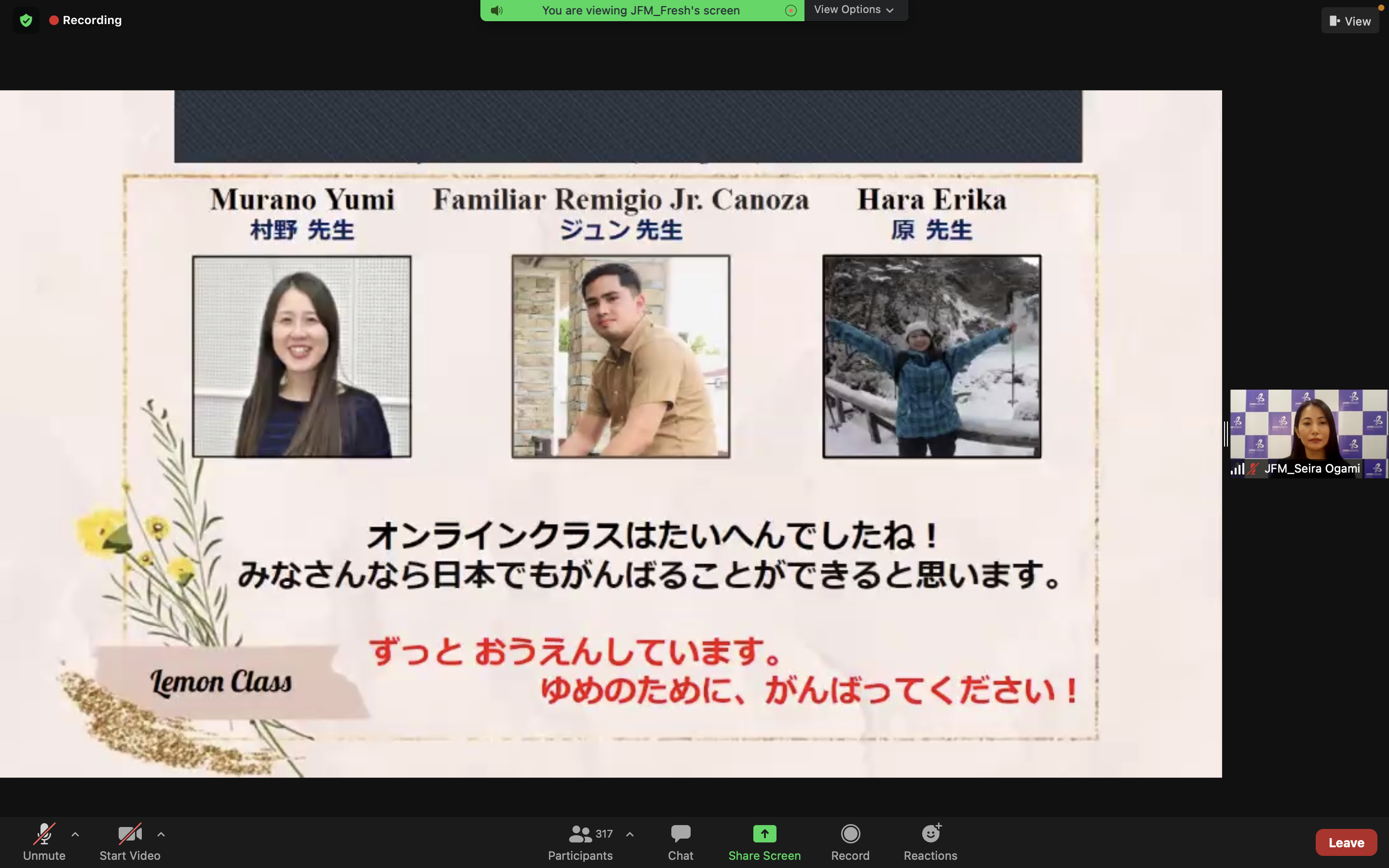 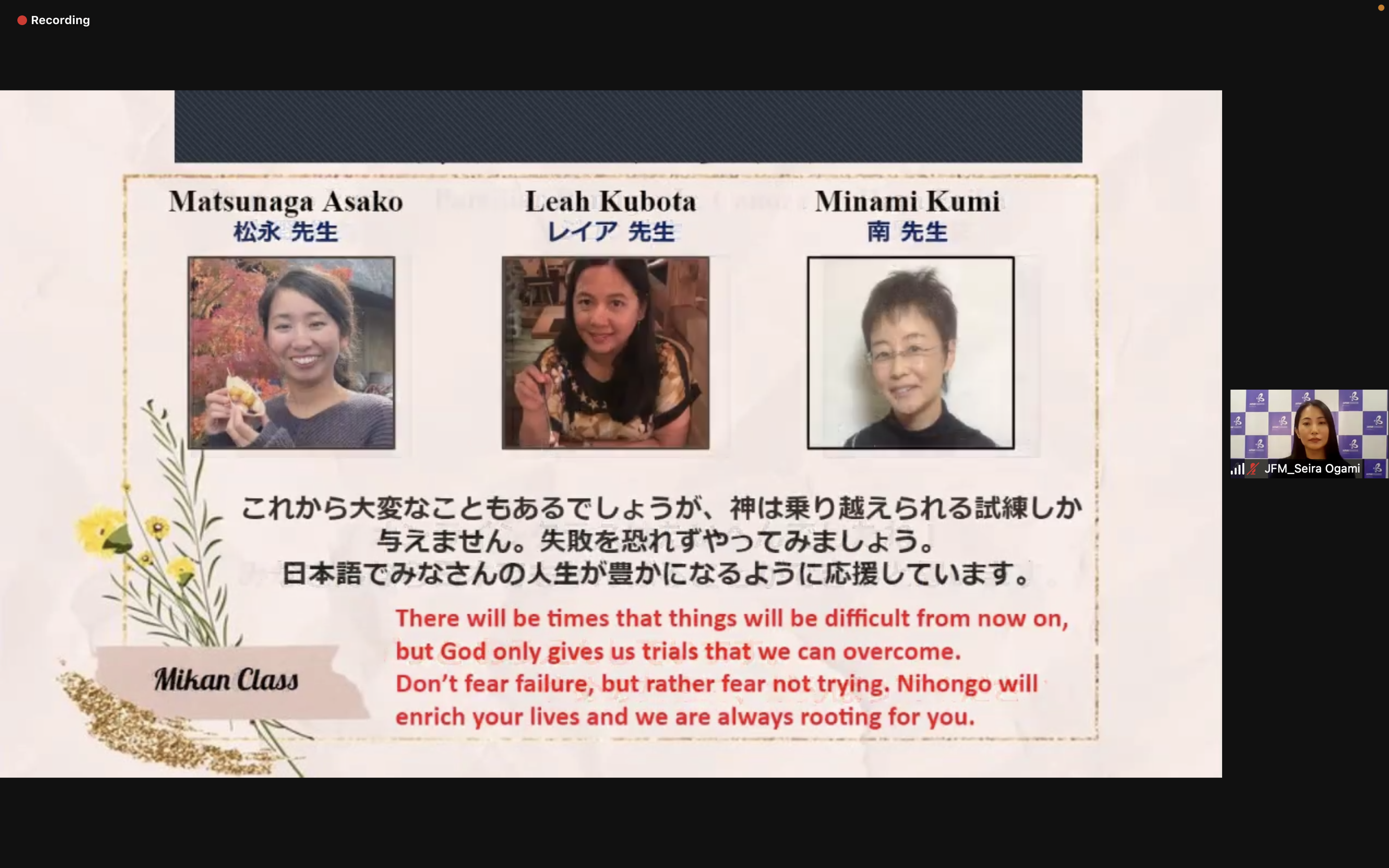 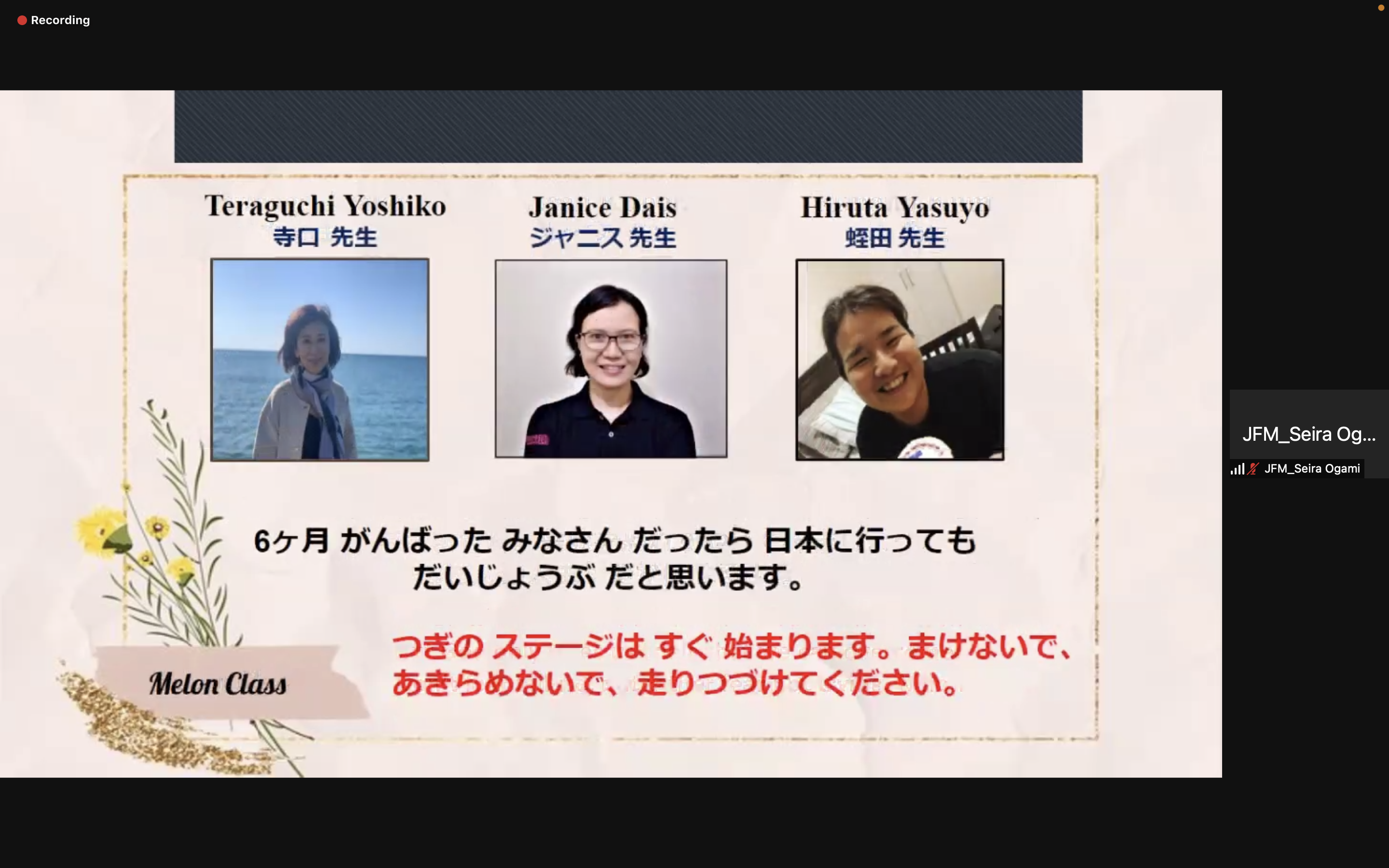 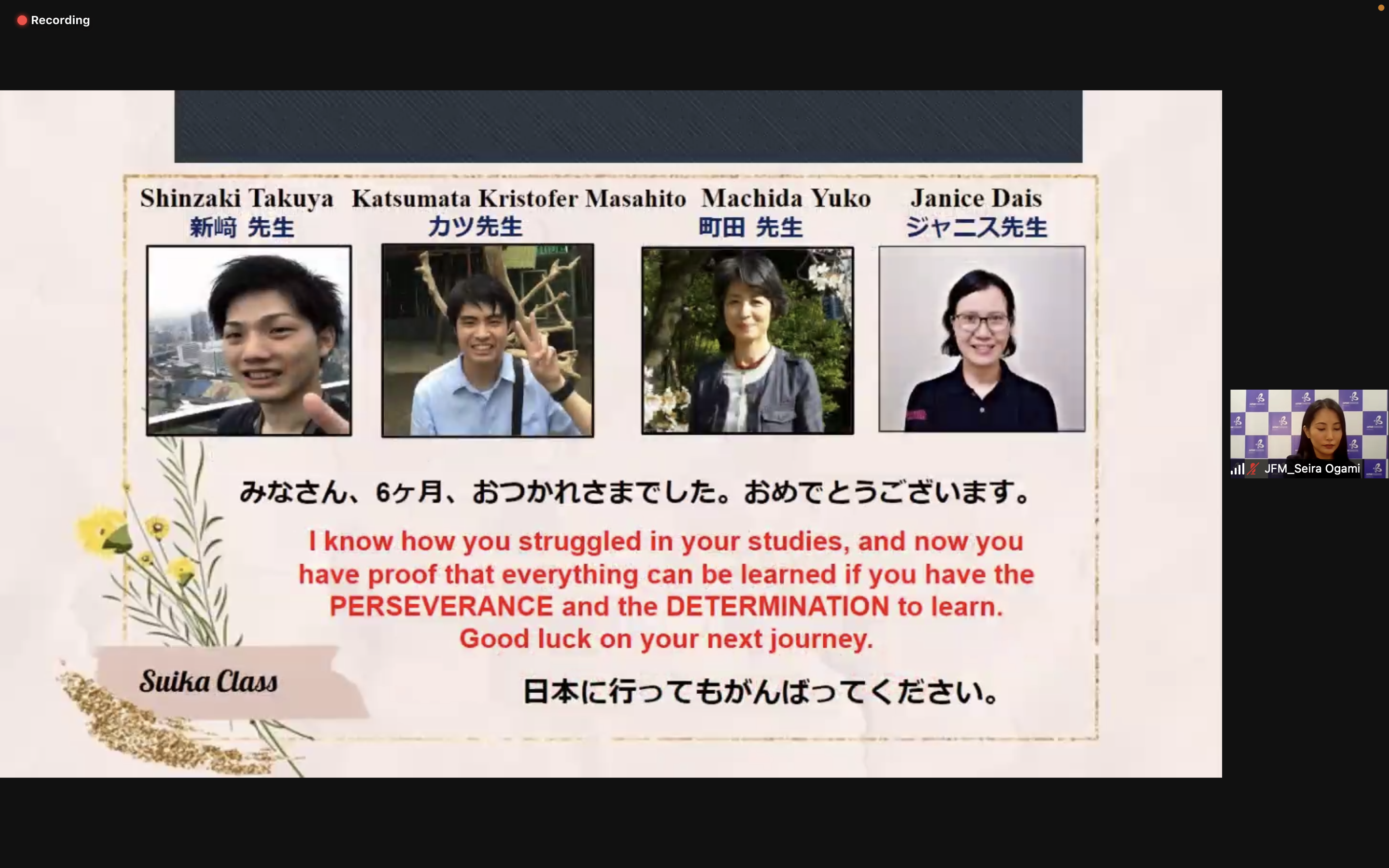 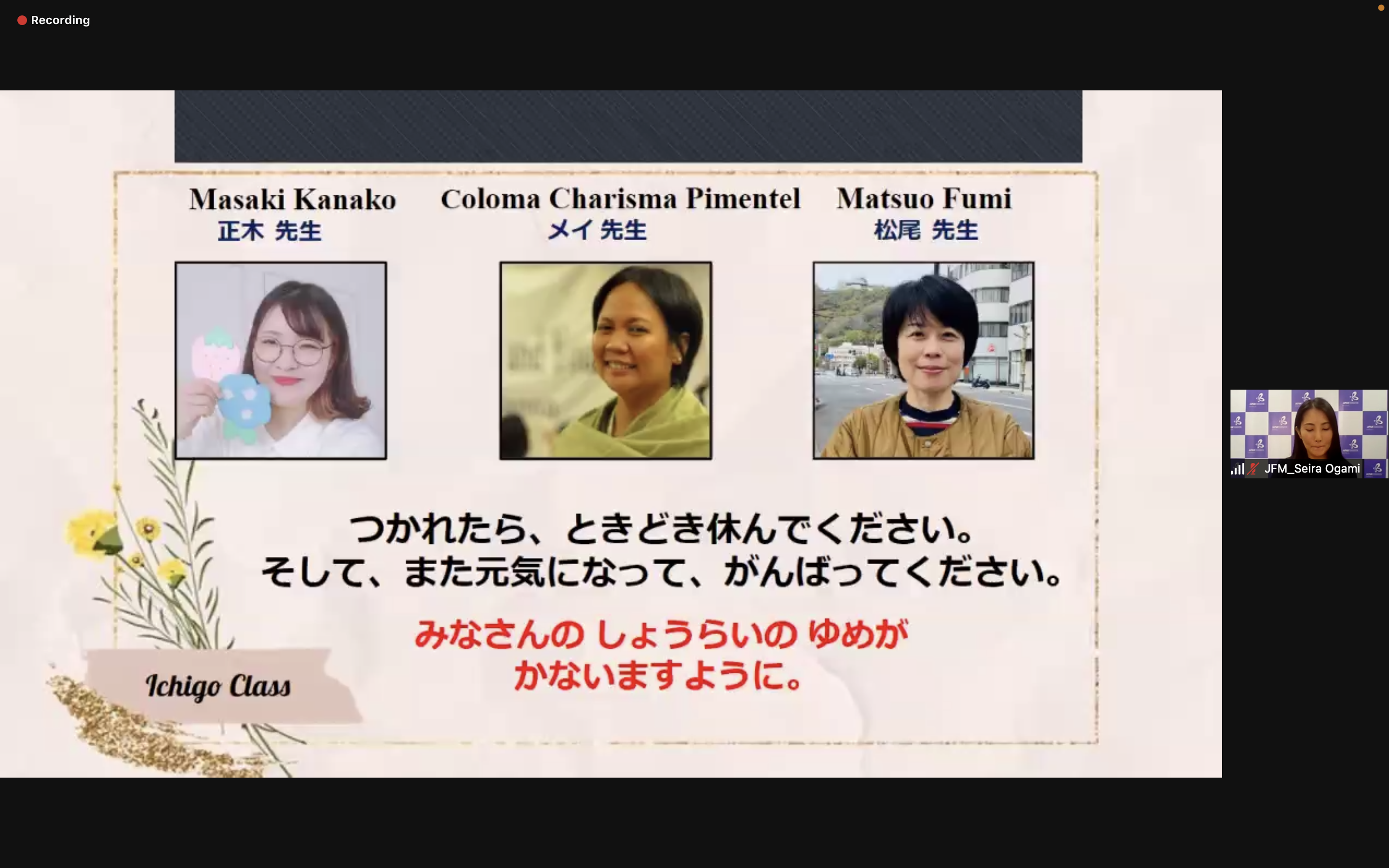 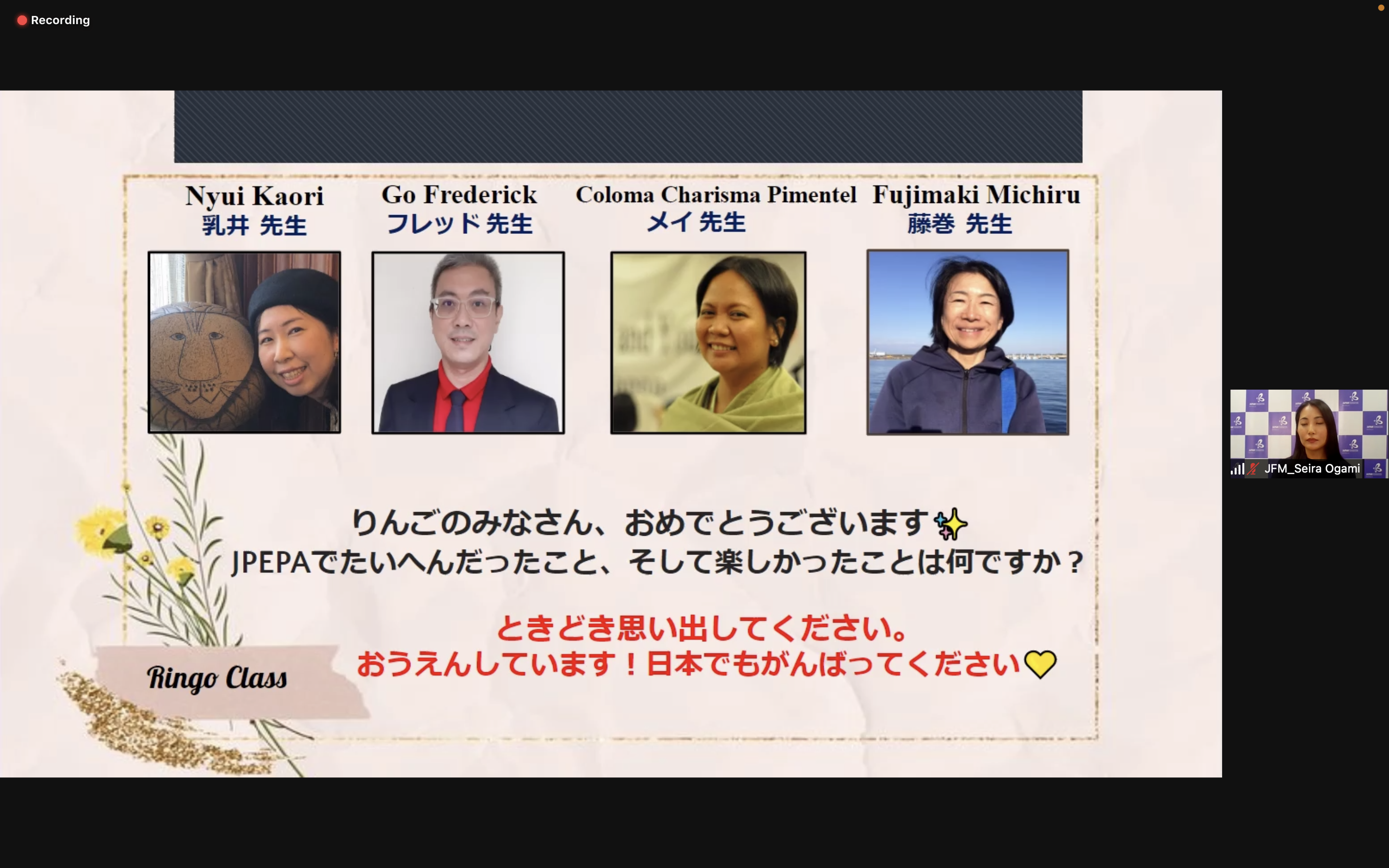 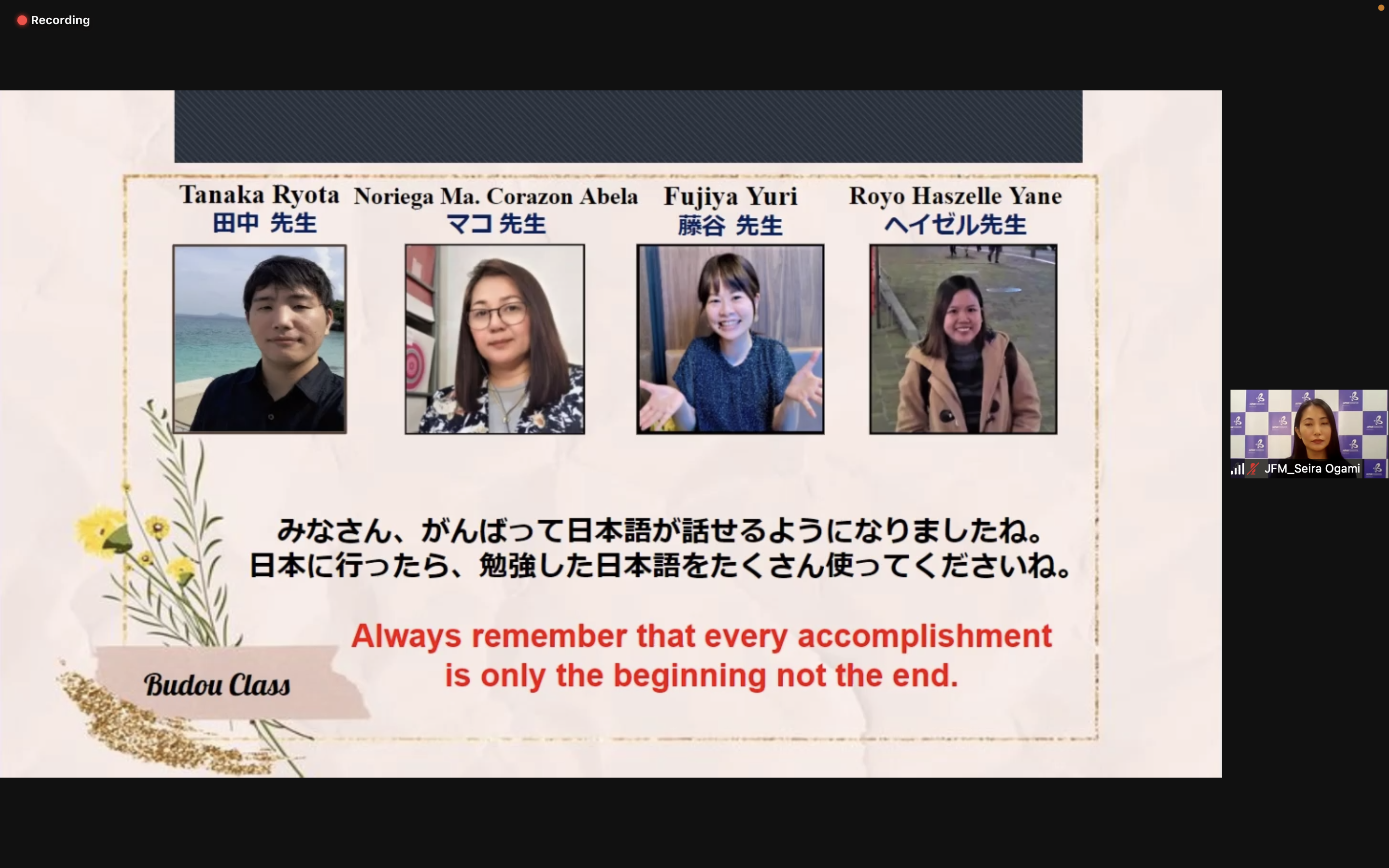 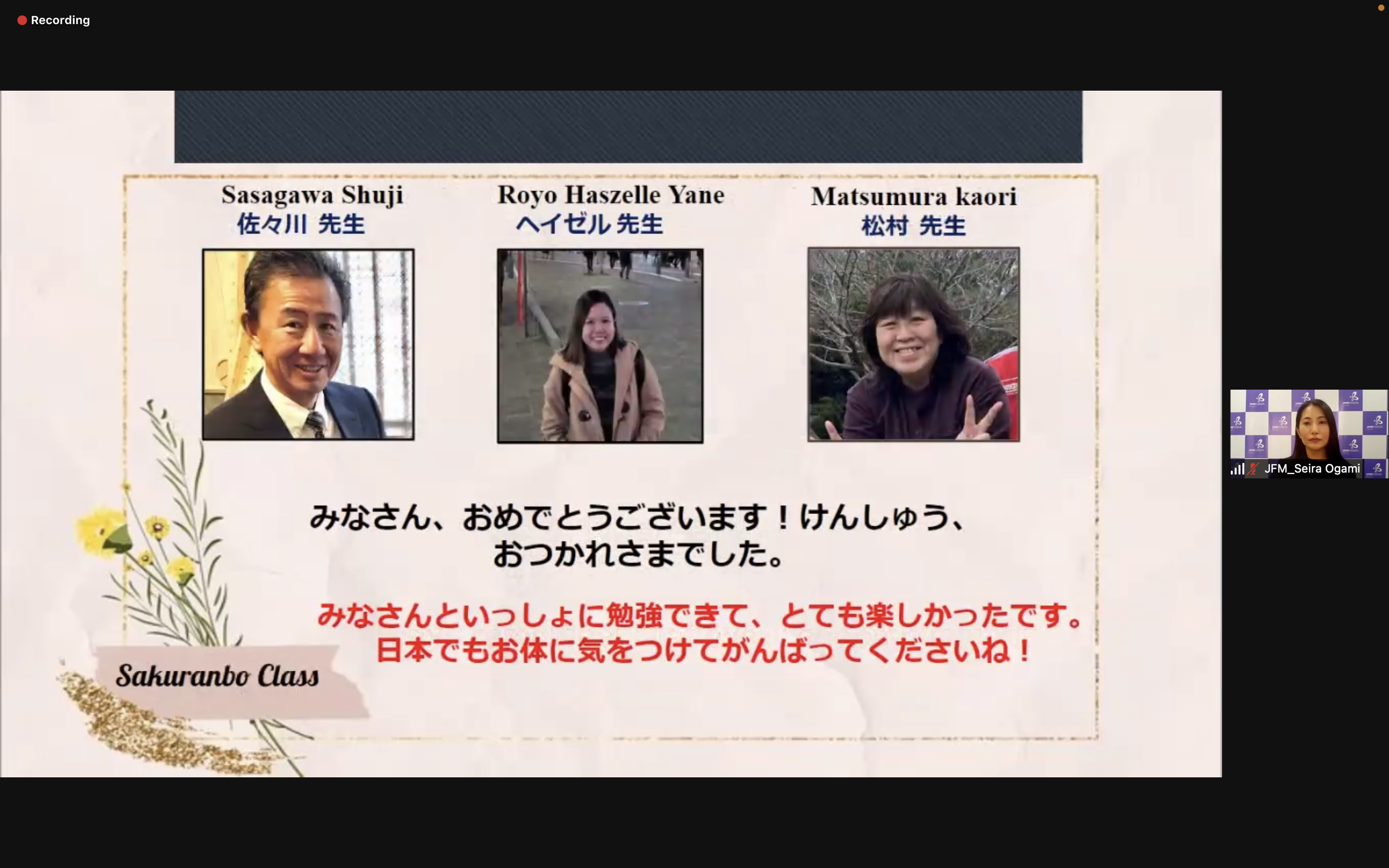 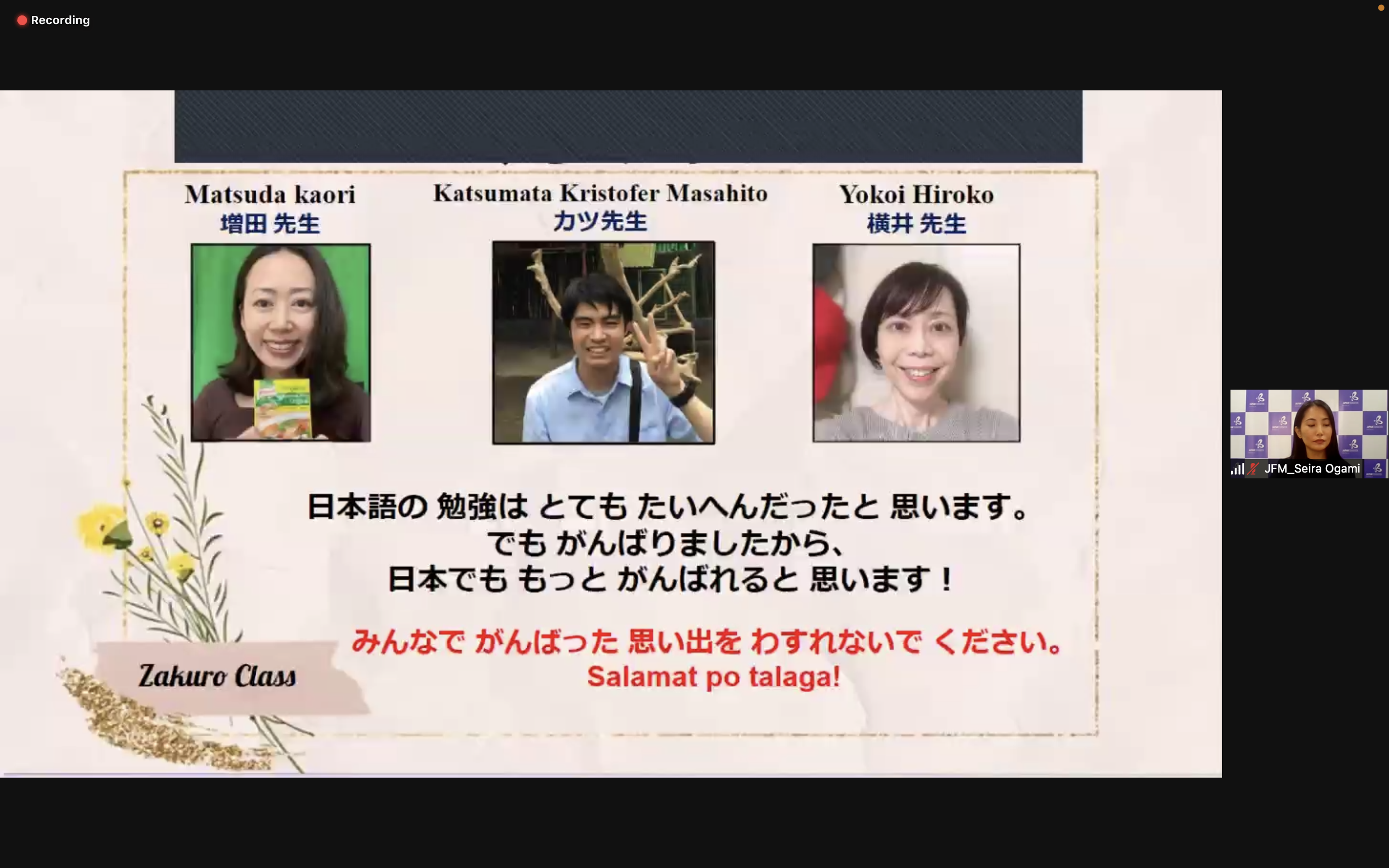 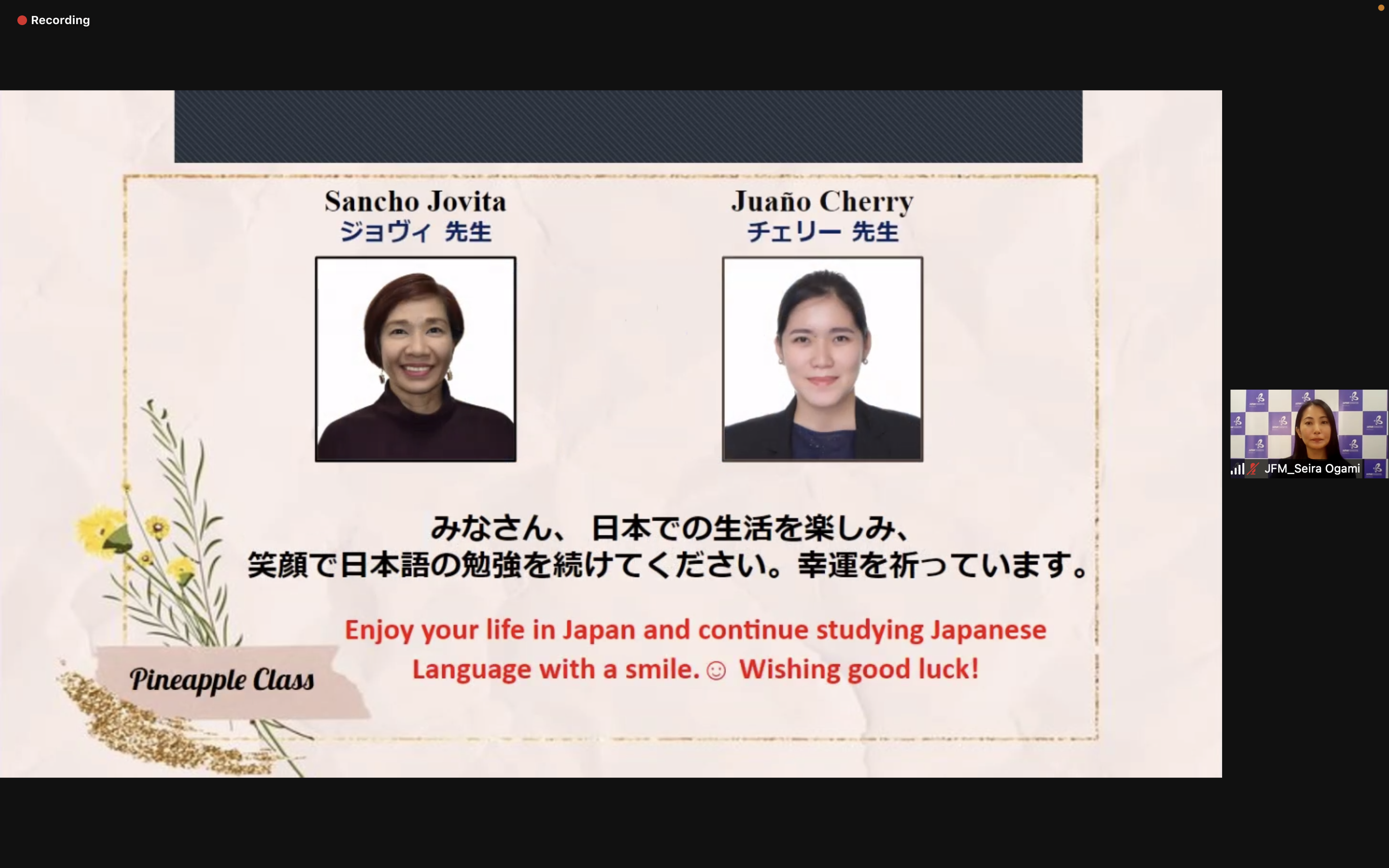 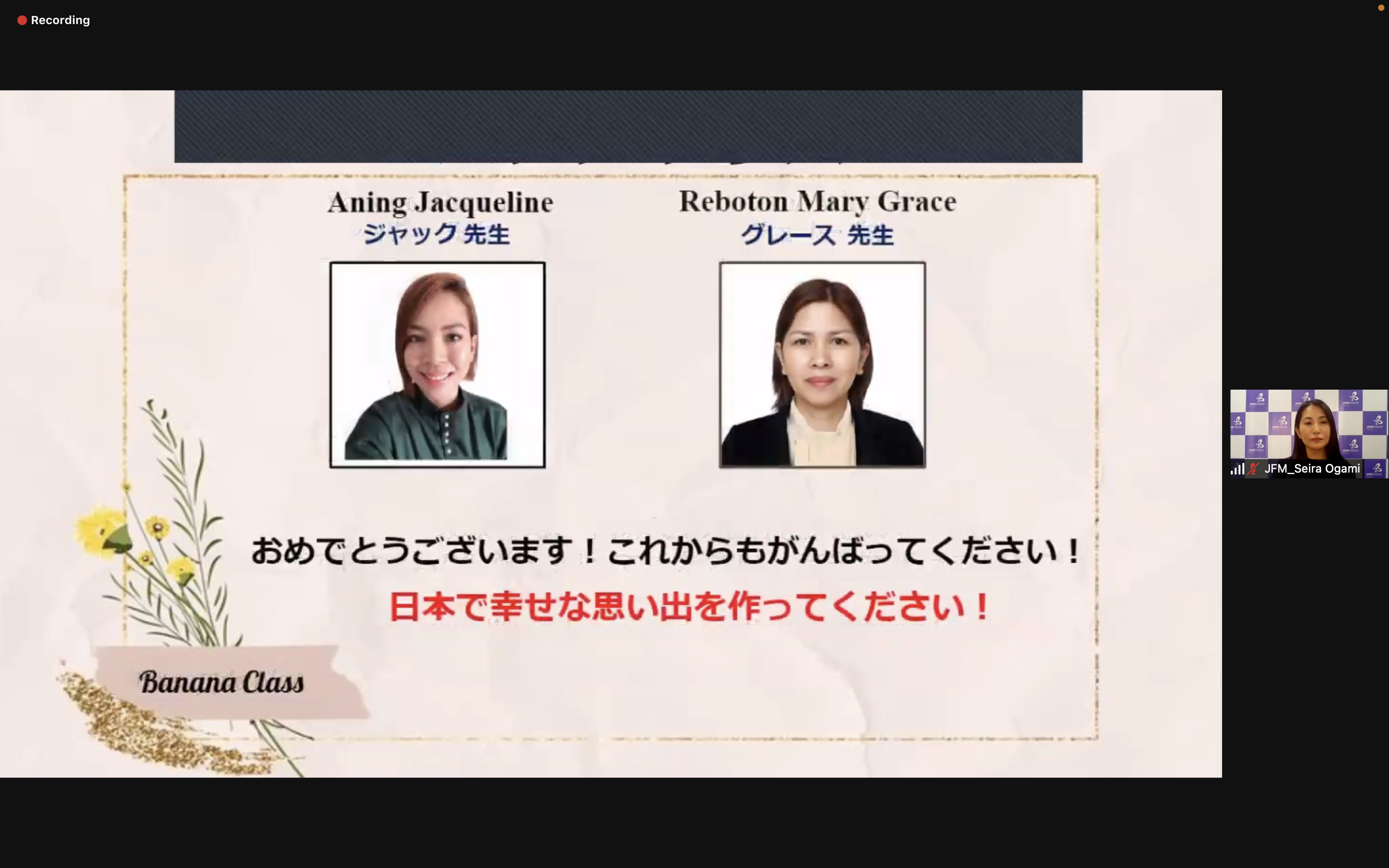 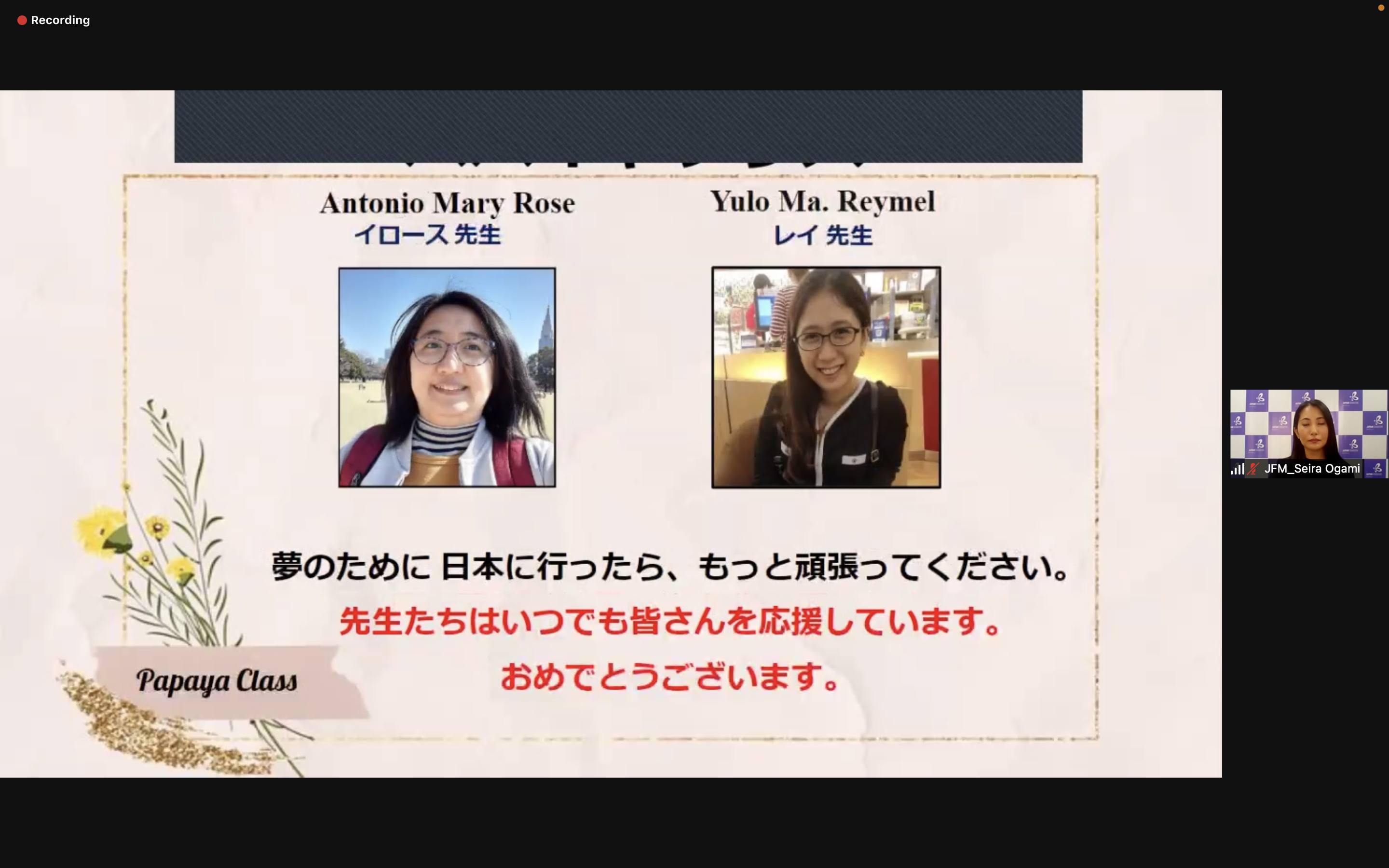 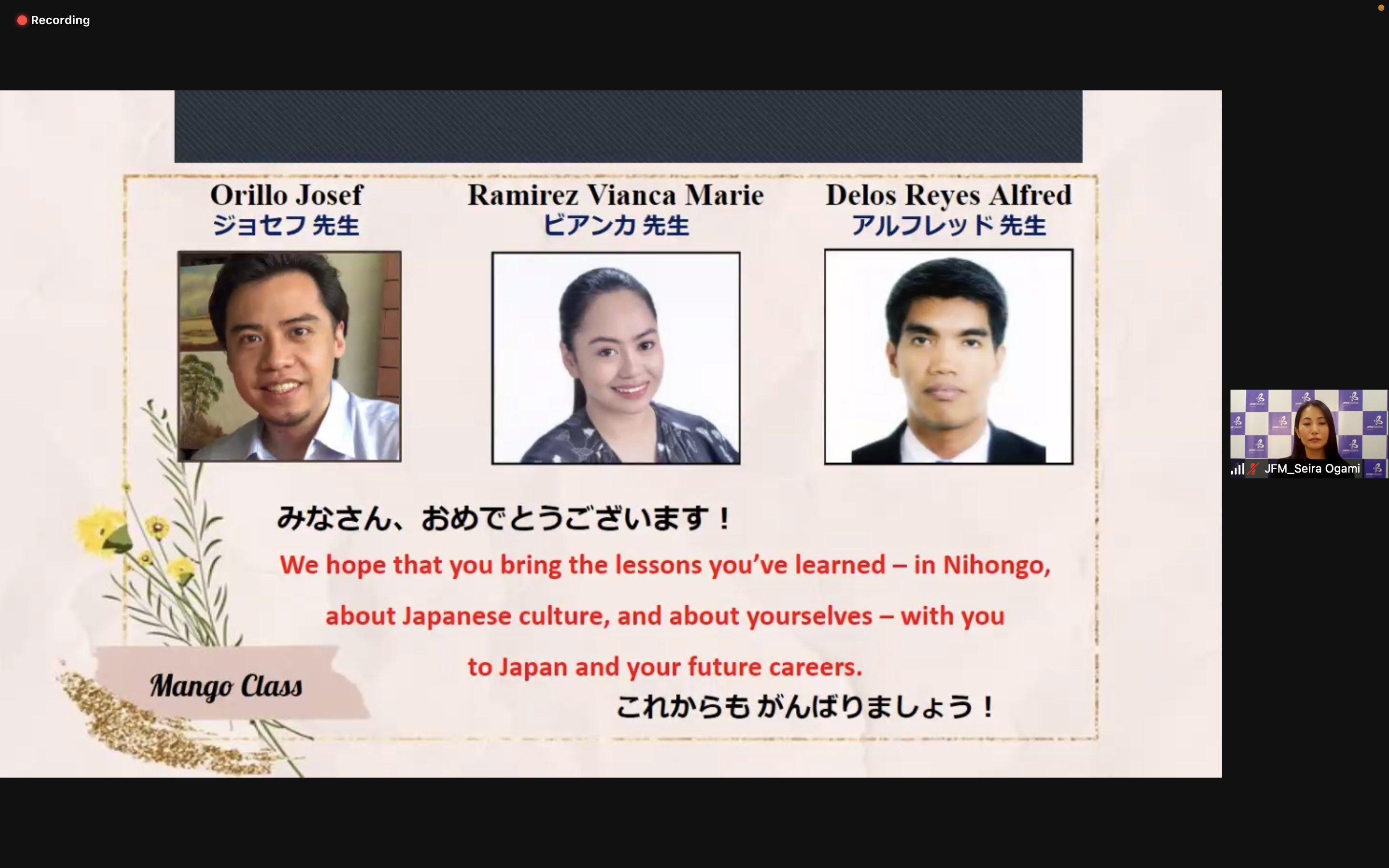 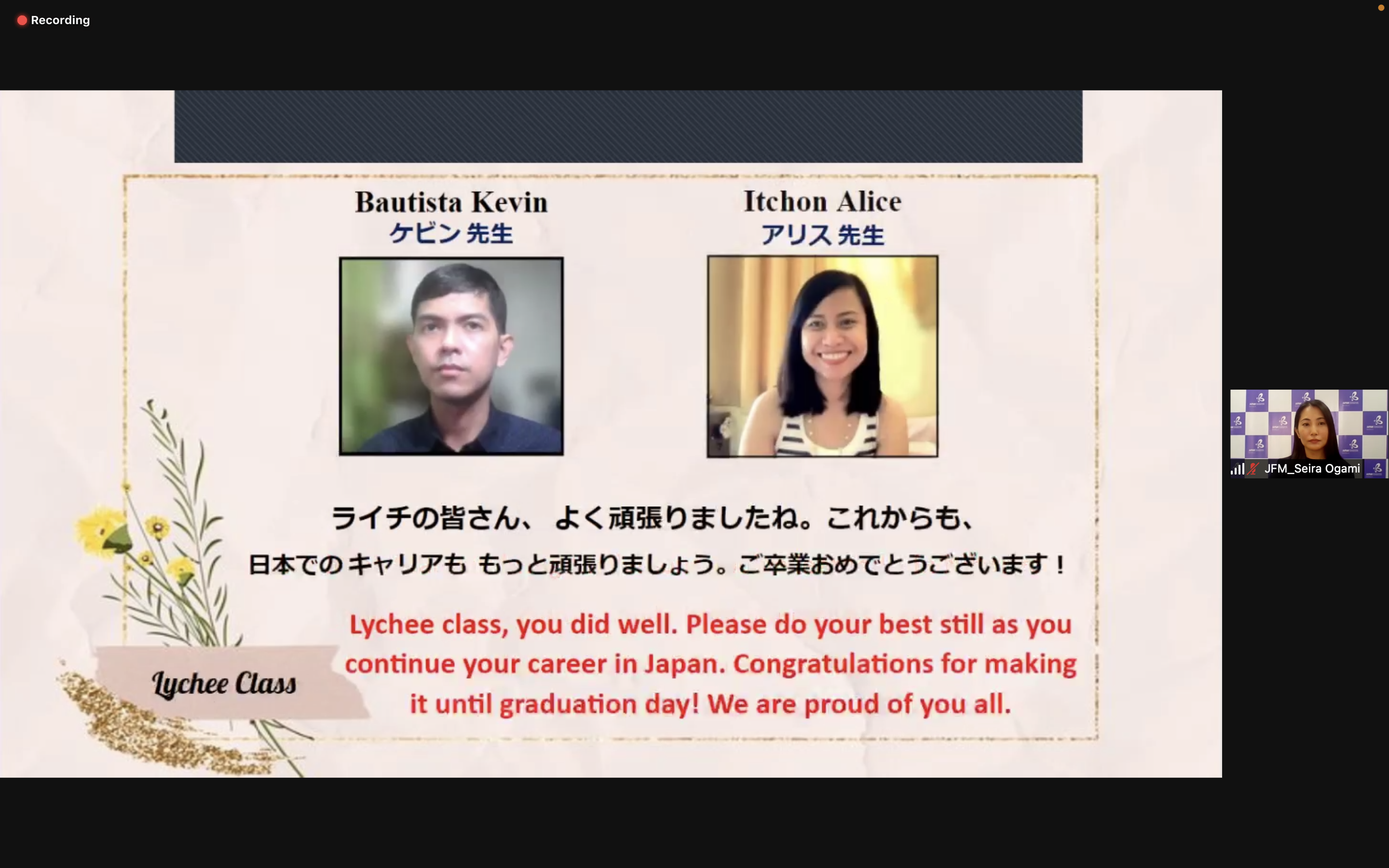 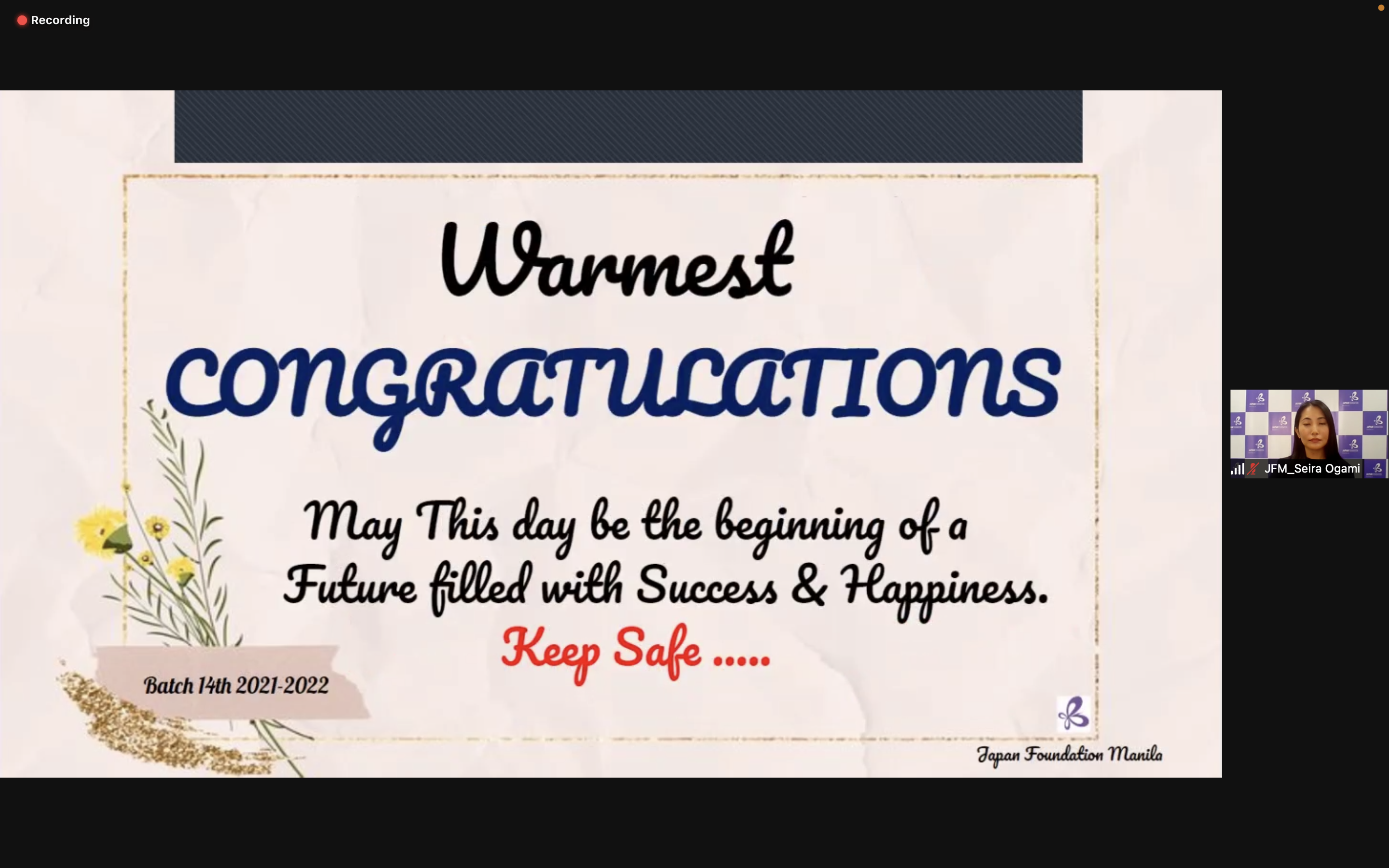